A Perfect Blend of Beauty, Brain And Talent – Kavya Kiran

From a humble beginning to massive popularity, Next-Gen actress Kavya Kiran is a perfect blend of beauty, brain, talent, and edge. In her career, she has seen her fair share of struggle, success in the tinsel town and now shares her take on performing arts.

Kavya Kiran rose to fame with back to back hits, films such as Ram Ratan… and Rahashya,  followed with a massive hit series  3G.

Talking about her journey, Kavya said, “When you come from a small town to a bigger city, you usually come prepared for what’s coming next? So heart-aches, disappointments, failed projects, rejection and what not, were plenty, but I was determined to make a name for myself. I am halfway there and trust me, if you believe in yourself, I think you can make it big”

“With avenues like films, short films, Ads, modelling gigs, music videos, TVC, web series, serial, television, I mean, I didn’t leave anything out. I did it all! Some know me as bold, some as a content performer, but most of all, people know me (As what incomplete). So that is a great feeling, from being no-one to some-one, I think I can pat my back” she added.

With more than 100 print Ads and popular music videos along with she has also worked in regional cinema, Kavya also addresses the issue of “Boldness” in the Indian film industry.

She said, “People need to understand, I have no desire being name-tagged. The format of the music video is such, one needs to go with the flow, people think its bold and what not, and it is not! It has been shot a certain way and that is it. Like I said, I have started getting steady and content-driven projects now, so I will be seen in a different avatar, and people would automatically start tagging me differently, but then again, it’s the character, not me”

Talking about a future project, Kavya added, “My few Hindi and odia projects are coming up, Can’t reveal the name as of now but soon I will announce’.

“I am also shooting a documentary, which is also an interesting project” she added.

Kavya has last seen in a cameo for “Nasha Menu Chad Gaya” song in “One Day – Justice Delivered” for T-Series. 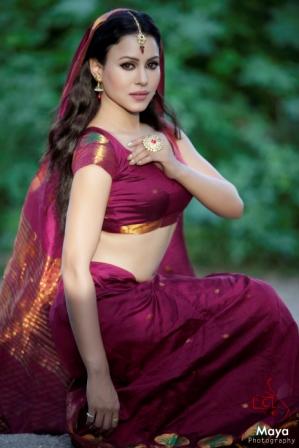 Amazing Things to do when you visit Kerala