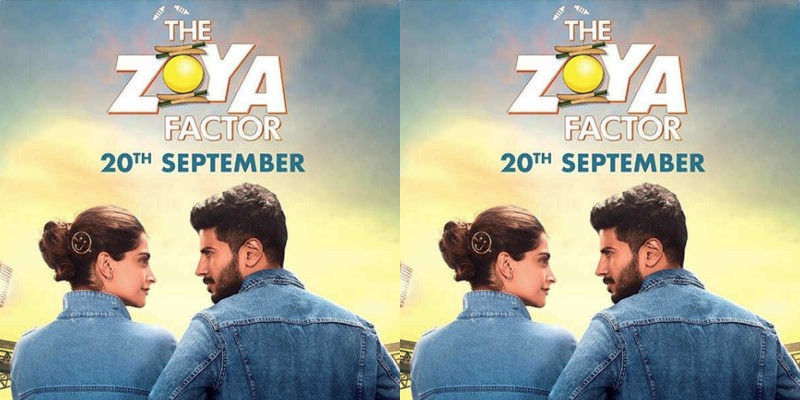 Lucky Charm or not, but unfortunately Dulquer Salmaan and Sonam Kapoor fans have to wait for two more days for the trailer of “The Zoya Factor” as it has been pushed to 29th August 2019.

The trailer of the film was supposed to release today, but the makers have decided to release it on 29th August 2019.

Actress Sonam Kapoor just took to her social media profile and released a motion poster and new release date of the trailer. She wrote, “The lucky charm of India just got luckier! There will be no fault in our stars on 29th August. Get ready to meet the lady luck herself! #TheZoyaFactor. Trailer out on Thursday…@dulQuer #AbhishekSharma @Pooja__Shetty @aartims @foxstarhindi @ad_labsfilms @Imangadbedi @sikandarkher”

The Zoya Factor is directed by Abhishek Sharma and produced by Pooja Shetty Deora and Aarti Shetty. The film is a light adaptation of Anuja Chauhan’s 2008 novel The Zoya Factor, and follows the story of a girl, Zoya Solanki, who becomes a lucky charm for the Indian Cricket team during the 2011 Cricket World Cup.

A Perfect Blend of Beauty, Brain And Talent – Kavya Kiran