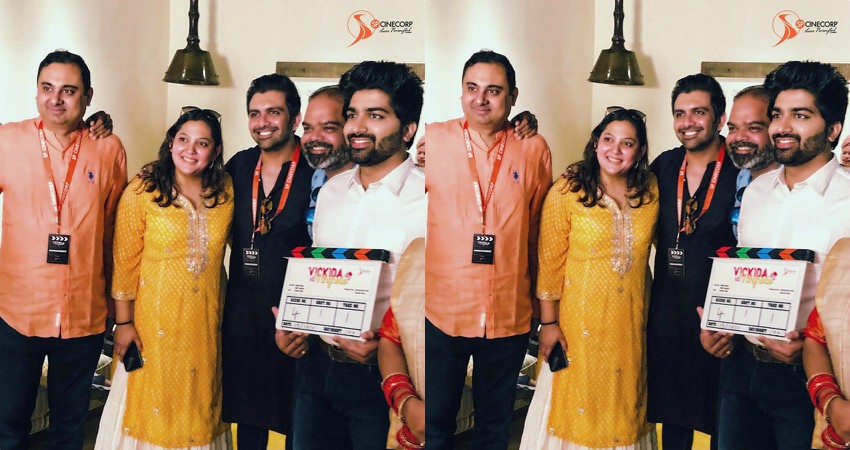 The grounds have been laid for yet another film to create history in Gujarati industry by the announcement of the upcoming film Vickida no Varghodo starring Malhar Thakar, produced by Sharad Patel. Their previous association gave us the sensational hit of 2015, Chhello Divas.

The inception of Sp Cinecorp rides on the glorious success of Chhello Divas, Malhar’s debut. Despite it being a regional Gujarati film, it became an iconic symbol and made its mark nationwide. In hindsight also opened new avenues for filmmakers in Gujarati Industry.

Sharad Patel believes that the Gujarati film industry needed an uplift after Chhello divas and it was the right time to systematize the industry and product quality content with the visually polished appeal. Sharad says, “After my debut as a producer for Chhello divas I realized the importance of script selection so I developed the expertise to put my finger on the perfect script, Vickida No Varghodo turned out to be the next and I am confident that this film would achieve higher than Chhello Divas”. Sharad Patel was also the producer of the 2019 Bollywood super hit, “The Tashkent Files” and 2016 critically acclaimed film, Buddha In A Traffic Jam.

Vickida No Varghodo has started filming from 15th of October and is directed by Rahul Bhole & Vinit Kanojia. The reputed Director due won the National award in the best Gujarati film category for ‘Reva’ recently and Rahul Bhole bagged the 2nd Best Director award for the film “Chor Bani Thanghat Kare”.

Vickida No Varghodo is jointly produced by Shreyanshi Patel. She is on board to ensure a disciplined process of filmmaking, carrying with her an experience of producing the 2016 critically acclaimed film, Buddha In A Traffic Jam. The panel of producers includes Janvi Telefilms (Mumbai) and Aadesh Dev Kumar of Super Hit Entertainment. Kumar also produced the super hit Gujarati Film Sharato Lagu starrer Malhar Thakar as a lead. Vickida No Varghodo will be co-produced by Pritish Shah and the entire panel of producers are very confident and positive about the film based on its content.

Scheduled to release in the summer of 2020, team Vickida No Varghodo will soon divulge details on the remaining star cast.