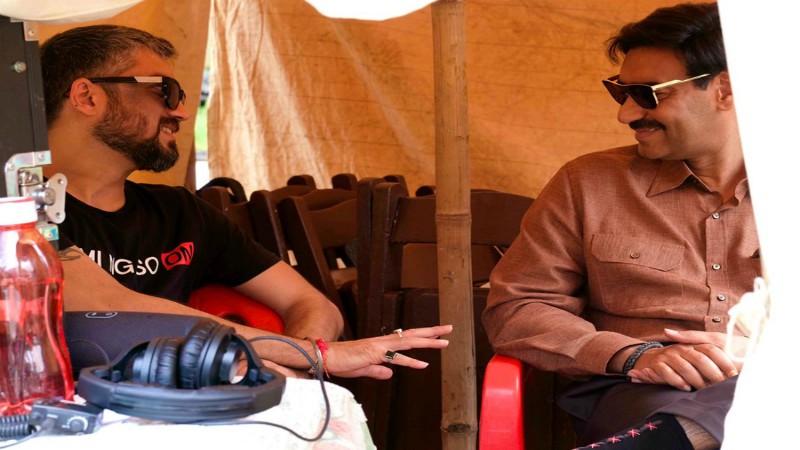 Badhaai Ho filmmaker Amit Sharma is collaborating with Ajay Devgn for the first time with forthcoming sports biopic Maidaan. The filmmaker praised the superstar saying he is director’s actor on social media.

Amit Sharma just took to his social media profile and shared a candid still with Ajay Devgn. He wrote, “He @ajaydevgn is a Delight to work with, makes your life so easy, love him #DirectorsActor #WhatAnActor #Delight #SuperStar #Professional #Prankster #Fun #Football #Shooting #Maidaan”

Ajay Devgn, who is playing the role of legendary football coach Syed Abdul Rahim in the film, will be sharing screen space with Southern actress Keerthy Suresh for the first time in the film.

Ajay Devgn also praised the filmmaker and wrote, “Amit, I like all the adjectives you’ve used to describe me and the Maidaan schedule. I’m flattered & honoured. And reciprocate the exact same sentiment. Looking forward to kicking ball soon”

The team has wrapped up two schedules and the third schedule of Maidaan, will kick-start in Kolkata on November 3. The film is based on the golden years of football in India. It also marks the debut of Keerthy Suresh in Hindi cinema.

Syed Abdul Rahim was the coach and manager of Indian national football team from 1951 to 1963. It was him under whose leadership the Indian football team won the Asian Games in 1951 and 1962.

Swimming Is The Best Way To Both Physical And Mental Health