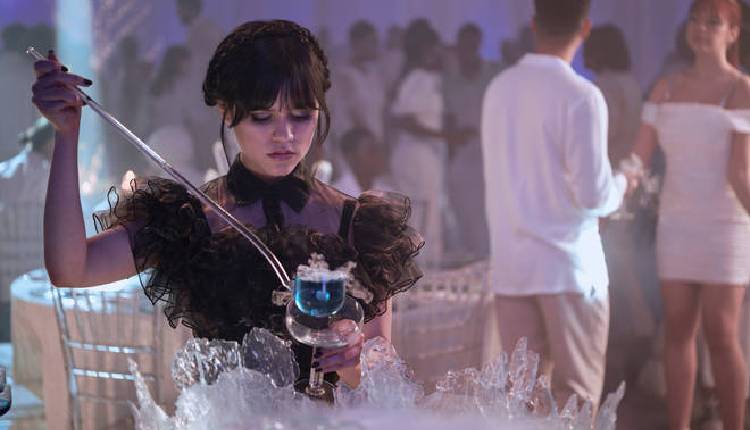 The character of Wednesday, who gets into trouble at public school and is then sent to the boarding school Nevermore, is the focus of the most recent internet sensation Wednesday. She becomes entangled in a web of mischief there involving classmates, locals, and a horrific Hyde. Since its premiere, the show’s popularity has skyrocketed, shattering Netflix watching records and earning applause for its casting. The mystery and strong performances in the show are complemented by numerous noteworthy fashion moments from the characters that utilize the use of the setting, genre, and Burton’s distinctive style. In this blog, we’ll look at some of the best fashion moments from Wednesday. Check out the following best outfits from Wednesday.

With a few changes, Wednesday’s black dress at the beginning of the show is very equivalent to her traditional black outfit with a white collar. For instance, the neckline is much more pronounced, and the dress is decorated with a simple floral pattern. It works to illustrate the character’s iconic past while incorporating some modern elements, as fans of the 1991 film The Addams Family may notice that it is similar to Wednesday’s mini dress in that film. Afterwards, when Wednesday takes a first-time tour of Nevermore, she wears a black coat with the same pattern.

You may also like: The Best Netflix Shows to Watch

Wednesday dons a variety of outfits with black and white styles throughout the season, including a striped cardigan and then a sweater with a checkerboard pattern. Their structure is loose and contemporary, and the use of black and white tends to make them simple and easy and yet still classic. Each of them matches Wednesday’s character perfectly and adheres to Burton’s aesthetic. One of the best things is how frequently we see her wearing the black and white checked sweater. 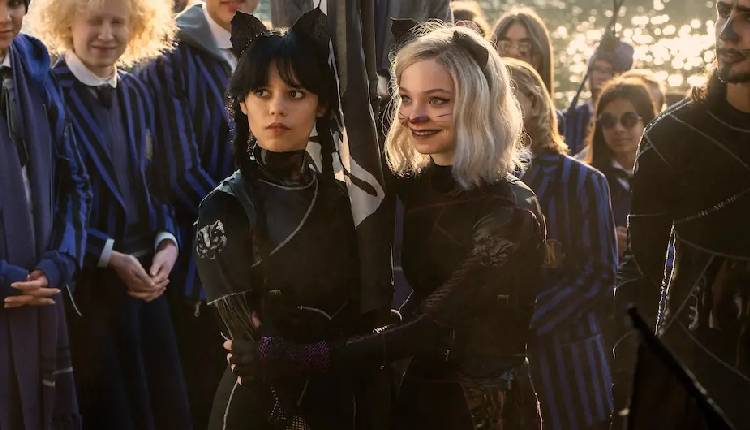 Wednesday sported the memorable catsuit for the annual Poe Cup race in Nevermore. In the second episode of the programme, she teamed up with her roommate Enid to try to humiliate Bianca, who was the queen bee of the school. Although we and Jenna Ortega liked to think this costume was one of the best fashion moments in the episode, the actor said it was not the most comfortable thing they had ever worn on the set. In a recent interview, Emma and Jenna both admitted they were unable to use the restroom while wearing the catsuit.

Wednesday’s vivacious roommate is a werewolf named Enid. Enid’s room is vibrant and colourful, and her mostly-pink fashion matches. This makes it immediately apparent how distinct the two are from one another. She embodies kindness and compassion with her cheerful, sweet colours and patterns, like a pink fluffy coat. Their friendship is made even more fulfilling by the way they highlight how she differs from Wednesday. One of the best fashion moments in the show is when she wears outfits like the oversized dress she wore to the Rave’N or the vibrant, coordinated pyjamas. 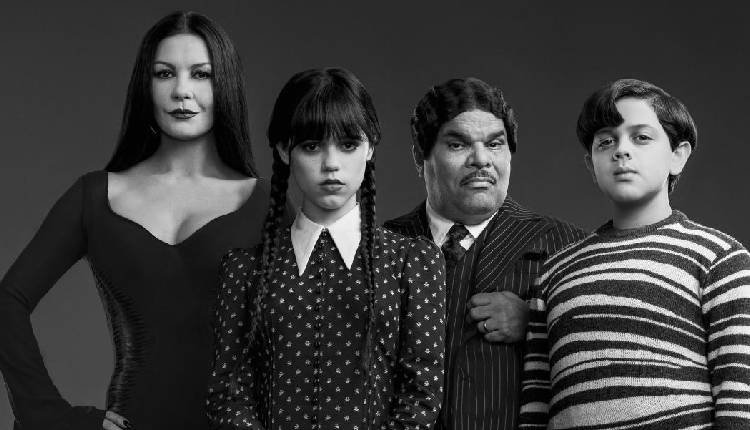 It’s wonderful to see the entire Addams Family in this new adaptation, and their attire is appropriate. They closely resemble the iconic black, white, and stripes that were brought back to life for the new adaptation while maintaining the characters’ distinctive look. With some adjustments for the present, it perfectly blends the past. It’s a striking ensemble that sets up this latest version of the family and demonstrates how timeless and classic their clothing is, from Gomez’s striped suit to Morticia’s long black velvet gown to Pugsley’s stripes. With her timeless long black gown, Morticia is without a doubt the one who stands out the most.

The Rave’N is the annual Nevermore school dance that all students look forward to. Bianca’s dress, which is among the best we’ve seen while out of uniform, is among the most striking. Its almost mermaid-like appearance and teal blue scales may be a reflection of Bianca’s siren abilities. Hers is a standout among the fantastic attire at the dance, but it’s too bad we didn’t get a better look at it.

We obviously saved the best for last because everyone was taken aback by Wednesday’s Rave’N dress. Wednesday is surprised by Thing with the outfit she liked in town when she suddenly decides to go to the Rave’N. The dress, which was stunning on its own before Wednesday’s dance but was made even more famous because of it, is deep black and has sheer styles. Additionally, it is significant to Wednesday because it demonstrates how she is starting to acclimatise to Nevermore’s customs while retaining her own special spirit. The designer’s intention, according to Netflix, was to depict Wednesday as “trying to adapt, but not completely fitting in” with the dress. She starts to enjoy going to school, but she continues to do things her way, making her stand out.

Lively Places You are Missing Out on When You Hit ECR

How To Get Acne Free Skin?