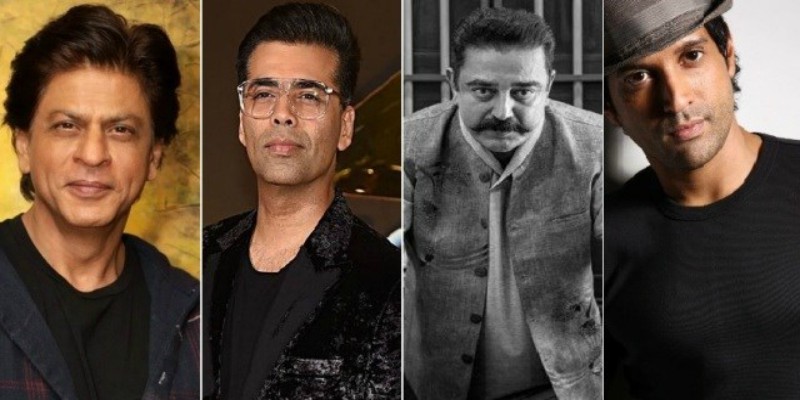 Isro’s plan to soft-land Chandrayaan-2’s Vikram module on the Lunar surface did not go as per plan in the early hours of Saturday, with the lander losing communication with ground stations during its final descent.

Actor Farhan Akhtar took to his social media profile and wrote, “Success and failure will come and go but the determination to succeed will forever remain constant. Proud of you @isro and deeply touched by this consolatory gesture from PM @narendramodi…Jai Hind”

Bollywood superstar Shah Rukh Khan also expressed, “Sometimes we don’t land or arrive at the destination we want to. The important thing is we took off and had the Hope and Belief we can. Our current situation is never and not our final destination. That always comes in time and belief! Proud of #ISRO”

Filmmaker Karan Johar also shared, “Salute and applaud the incredible endeavors of @isro!!!! So proud of everything they continue to do….so proud to be part of a nation that has the most genius minds….”

Tamil superstar and politician Kamal Haasan wrote, “This does not tantamount to failure. In Research and Development, there will be a learning curve. This is that precious learning moment. We will soon be on the Moon, Thanks to #ISRO. The Nation believes and applauds ISRO”

Immediately after losing the communication with Chandtayaan 2, the entire team of ISRO including chairman K Sivan broke down but Prime Minister Narendra Modi broke the protocol and hugged Isro chief, the video is currently going viral.