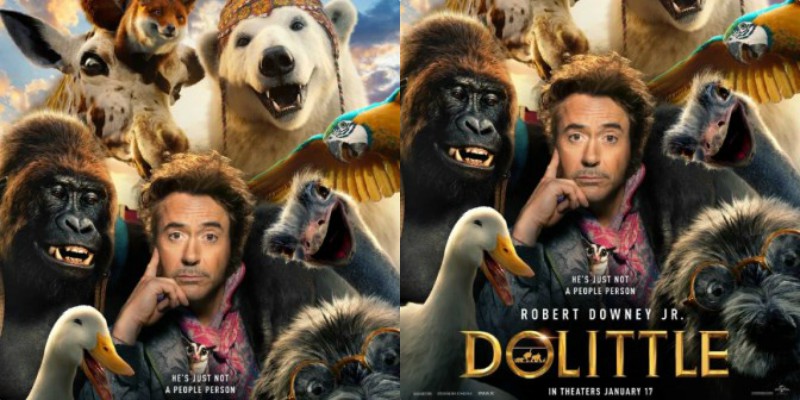 Universal Pictures has released the first poster for the Robert Downey Jr. led Dolittle movie, which was previously named The Voyage of Doctor Dolittle.

The trailer shared on the official Dolittle Twitter account features the Marvel Cinematic Universe star among many furry animals found in nature, with the caption, “He’s just not a people person…@RobertDowneyJr is Dolittle. Watch the trailer for #DolittleMovie in theaters January 2020 and this Tweet to get monthly updates”

The popular children’s series follows Doctor Dolittle, who can speak with animals and treats them rather than humans. The books are set in the Victorian-era, the same setting as Sherlock Holmes, whom Downey has also played.

There are twelve books in total in the series, with the final books having been published several years after author Hugh Lofting’s passing in 1947.

The film is scheduled to hit theatres on 17th January 2020.

And It’s A Wrap for Thappad, Starring Taapsee Pannu