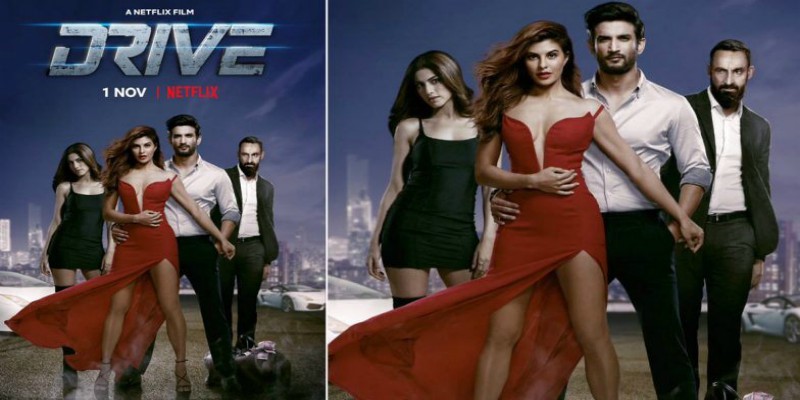 If you love fast cars, races and ultra high-tech heist, than you are in for a treat. A team of motor-head outlaws makes a plan to rob, Rashtrapati Bhavan, and makes a go for it, what follows make the story of Drive.

Sushant Singh Rajput, who is formula one test driver, meets Jacqueline, who is a thief, and together they plan to rob President’s Palace. On the other hand, Boman Irani and Prakaj Tripathi, who are the officers of the law, are trying to catch them.

Drive is directed by Tarun Mansukhani and produced by Karan Johar. It also stars Vikramjeet Virk and Sapna Pabbi in the lead roles.

The makers earlier dropped two massive hit songs, Makhna and Karma. The film was scheduled to release on 7 September 2018, but was pushed to 28 June 2019, now it will be streamed on Netflix from 1 November 2019.

Wanna Never-Ending Life With Your Love? Follow These Simple Tips