Dulquer Salmaan Drop A New Poster Of The Zoya Factor 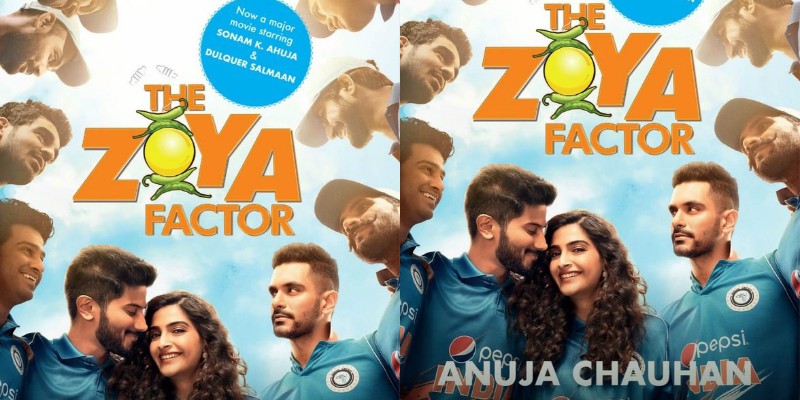 Bollywood diva Sonam Kapoor and Dulquer Salmaan are all set for the arrival of their film The Zoya Factor, which is based on Anuja Chauhan’s 2008 novel of the same name.

And now Dulquer Salmaan dropped a new poster, which happens to be the brand new poster of book.

Actor Dulquer Salmaan dropped the new poster on his social media. He captioned it, “So glad to see the brand new cover of the book The Zoya Factor! This is definitely going to be my next buy, what about you? @sonamakapoor #AbhishekSharma @Pooja__Shetty @aartims @foxstarhindi @ad_labsfilms @Imangadbedi @sikandarkher @anujachauhan”

The film follows the story of a girl, Zoya Solanki, who becomes a lucky charm for the Indian Cricket team during the 2011 Cricket World Cup, and the skipper Nikhil Khoda who doesn’t believe in luck and superstitions.

Sonam and Dulquer will be seen sharing the space on the silver screen for the first time ever and their fans are very excited to see how that will turn out. It will be Dulquer’s second Bollywood outing after Irrfan Khan-starrer Karwaan.