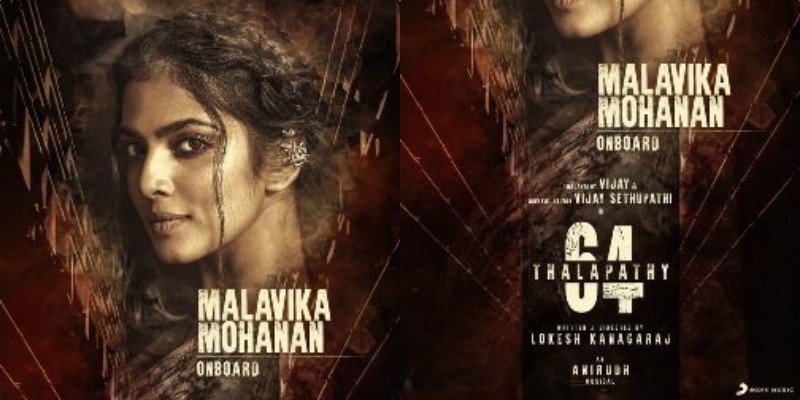 The makers of ‘Thalapathy 64’ have been revealing the cast of Vijay’s new film with director Lokesh Kanagaraj. The latest to join is actor Malavika Mohanan who made her big debut with “Beyond The Clouds”.

Malavika Mohanan took to her social media profile and dropped the confirmation along with a poster. She captioned it, “Super excited to act opposite the one and only @actorvijay in #Thalapathy64! @Dir_Lokesh thank you @Jagadishbliss… #MalavikaJoinsThalapathy64 #Summer2020”

Malavika, who hails from Kerala and grew up in Mumbai, is the daughter of popular Malayalam cinematographer KU Mohanan. The actor made her debut in the 2013 film Pattam Pole starring with Dulquer Salmaan.

‘Thalapathy 64’ features an incredible ensemble of Vijay Sethupathi and Antony Varghese along with Vijay and now Malavika.

While the rest of the cast is yet to be confirmed for Thalapathy 64, the team has said that Anirudh Ravichander will compose its music, Sathyan Sooryan will crank the camera and Philomin Raj will take care of the editing.

Vijay currently awaits the release of Bigil by director Atlee. The film, which is gearing up for release this Deepavali, sees him playing the role of a football coach of a women’s team. The film, which has been produced by AGS Entertainment, was officially launched last November in Chennai.