First Look Poster Of Ramprasad Ki Tehrvi Is Out 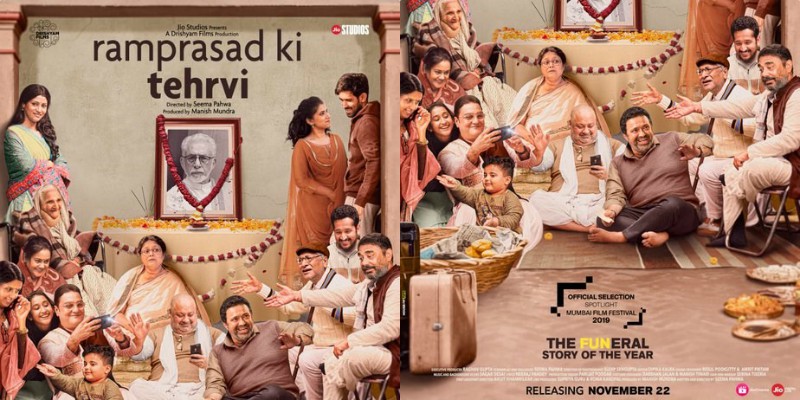 The first look official poster of “Ramprasad Ki Tehrvi” is out and taking the internet by its unique and quirky premise.

The film also marks the directorial debut for film, television and theatre actress Seema Pahwa, who was seen in Bareilly Ki Barfi and Shubh Mangal Savdhaan. Her husband Manoj Pahwa will also be seen in the project.

Ramprasad’s entire family gathers under one roof for 13 days after his death, to perform and observe the Hindu traditions and rituals called the tehrvi. During the course, the family’s dynamics, politics, and insecurities come out, and then they realise that the importance of people and things are only evident in retrospect.