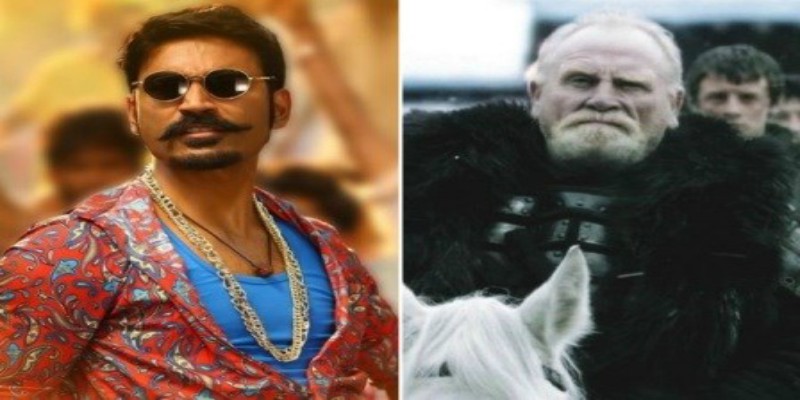 Karthik Subbaraj and Dhanush have collaborated once again for an action thriller tentatively titled as D40 and the director just cast a Hollywood actor as the film’s villain.

The film’s cast and crew has already headed to London for the shoot when director Karthik welcomed James Cosmo aboard the team on social media. James Cosmo is best known for his character Lord Commander Jeor Mormont from HBO’s hit fantasy series Games of Thrones.

James is also known for his work in films like Braveheart, Troy, The Chronicles of Narnia: The Lion, Witch and the Wardrobe and more.

Jeor Mormont is all set to join Dhanush in the new film. Karthik Subbaraj wrote on twitter, “Welcome on board @MrJamesCosmo, sir!! Very Happy, honored & excited to work with an actor who starred in legendary creations like #Braveheart #Troy #Gameofthrones & many more”

Karthik earlier revealed he tried to get in touch with Al Pacino and Robert De Niro for the role of his antagonist but has now cast the GOT star.

Produced by Y Not Sashikanth the film will go on floors in two days, the film also stars Malayalam actress Aishwarya Lekshmi who is set to make her Tamil debut with this film.