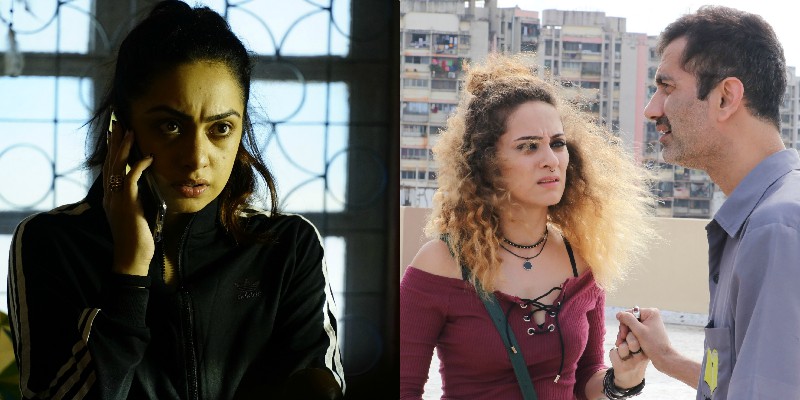 Popular television actors Sharad Malhotra, Eijaz Khan, Abhishek Kapur, Anjum Fakih, Dheeraj Dhoopar, Abigail Pande, Lavina Tandon, Vahbiz Dorabjee and Shiny Doshi will headline the cast of Hungama Play’s upcoming anthology show, Kashmakash. Along with them, the audience will also see other familiar faces from the television industry like Supriya Shukla, Rajendar Chawla, Vicky Ahuja, Roma Bali and Abbas Khan, among others. Kashmakash is a show that highlights modern crimes that happen in today’s society. Ranging from crimes committed on social platforms to drug abuse, each story in the show will feature an alternate ending to give the viewers a comprehensive perspective.

Speaking about the show, Sharad Malhotra said, “As an actor, one always enjoys more challenging roles. My character in the show is guilty of a crime that has become extremely common today. Besides giving a conclusion to the story, the show also offers the viewers an alternate ending, which is an interesting innovation. I am glad that the audience will get to watch it soon on Hungama Play and certain that they will appreciate the show’s format and storytelling.”

Eijaz Khan added, “Social media and digital platforms have given birth to a whole new breed of crimes and it is important to bring the same to the attention of the viewers. I am glad to be a part of a show that is so relevant in today’s world and feel certain that the viewers will be shocked to see the assortment of stories.”

Sharing his perspective on safety, Abhishek Kapur said, “It is important to keep in mind one’s safety and those of others around them. My story in the show revolves around parenting and drugs-related issues – something that we need to be exceedingly cautious of in today’s world. Alternate endings in the show also add an interesting dimension.”

Anjum Fakih said, “It is rare to come across a show that reflects reality in such an accurate manner. My role in Kashmakash is quite different from what I have done so far and the story is based on incidents that we have all seen happening around us. I’m excited to have the viewers watch it on Hungama Play when it releases.”

Abigail Pande said, “We carry on with our daily activities without any sense of caution merely because they are part of our routine. Kashmakash serves as a reminder that one has to be cautious of whatever they do. I am thrilled to be a part of the show and cannot wait for the viewers to watch it on Hungama Play.”

Kashmakash will be available to stream on Hungama Play soon.