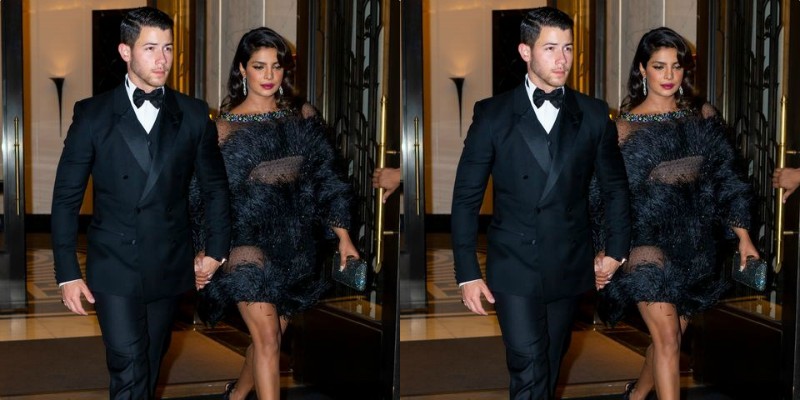 Priyanka Chopra and Nick Jonas’s PDA has always been a fan favorite. The Jonas Brothers are currently on a Happiness Begins Tour and Priyanka is often seen by hubby’s side showing love and support.

Recently the two were spotted sharing some love during the concert and the videos have gone viral.

Nick while on the stage expressed his love for Priyanka as he was seen pointing out to her and signing I Love You in American sign language slang, as the Rock On sign. Priyanka can be seen watching his from the stands at a distance.

The Happiness Begins Tour is currently underway in the US and they were performing recently in Boston when they were Nick was spotted showering his wife with some love.

The video shows Nick in an all all-orange ensemble while holding on to his guitar on stage.

On the work front, Priyanka Chopra is waiting for the release of Shonali Bose’s film The Sky is Pink. The film recently premiered at the Toronto International Film Festival. She is also gearing up for a film with Mindy Kaling.

Karan Johar shares a Takht Prep update; says the film is on schedule