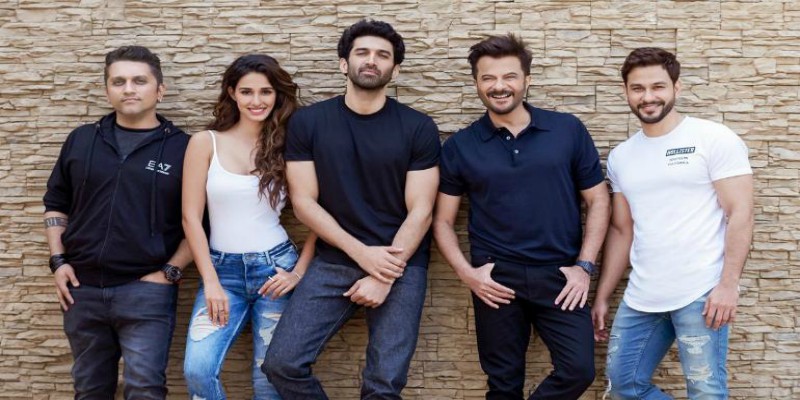 And it’s a wrap for Malang, starring an incredible ensemble of Aditya Roy Kapur, Disha Patani, Anil Kapoor and Kunal Khemu. The film is directed by Mohit Suri, and produced by Luv Films and T-Series.

Actress Disha Patani also shared pictures of the small celebration of the wrap up party on social media where she can be seen with the whole cast. She captioned it, “And that’s a wrap #Malang @AnilKapoor @mohit11481 #AdityaRoyKapur @itsBhushanKumar @kunalkemmu @gargankur”

The movie is helmed by Mohit Suri, who will be back after Half Girlfriend. While announcing the movie, Suri had said in a statement, “With Malang, I am essentially returning to genre I enjoy the most. It will be intense, edgy and mad. I hope Malang is as thrilling and exciting an experience for the audience to see as much as it has already been for me.”

The movie is slated to release on Valentine’s Day 2020 and will clash with Imtiaz Ali’s film starring Kartik Aaryan and Sara Ali Khan.