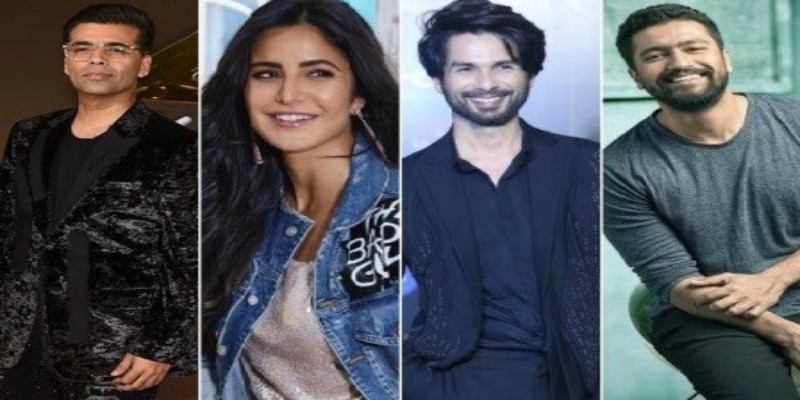 The India Today Group is back with its India Today Conclave, Mumbai edition, 2019. The two-day Intelligence Exchange will bring together an inspirational array of celebrities, entrepreneurs, authors, cultural icons, activists, artists and political leaders from across the world.

The conclave is a chance to interact with and meet famous personalities face to face, broadening your mental horizons and to invest in yourself.

The India Today Conclave is known to bring the top leaders on a common platform. Some of the most renowned names from the entertainment industry like Shahid Kapoor, Vicky Kaushal, Katrina Kaif, Ekta Kapoor, Arjun Kapoor, Karan Johar, and Kriti Sanon will be sharing their thoughts on the stage.

This year will see Vicky Kaushal who has been riding high with his successes, sharing his thoughts on what brings him Josh in this fraternity. Shahid Kapoor will talk about heroes and anti-heroes. Katrina Kaif will dazzle the stage and share her thoughts on her journey into Bollywood.

Ace director Karan Johar will share his views on how he has been ruling Bollywood. And Television and Film Producer, Ekta Kapoor will talk on interpreting love, desire, and ambition in India.

Some of the other interesting sessions will revolve around issues like the $5 trillion goals for the Indian economy, the problems plaguing the MSMEs, the Modi-Shah gamble in Kashmir, rewiring India’s thinking on automation, AI & the workforce, the fascinating way in which sex robots are impacting human sexuality, the role of social media influencers in shaping the psyche of the Indian youth, the latest discoveries about the human brain, first-person stories about teenage depression and more.

The conclave will commence from 20th to 21st September in Mumbai.