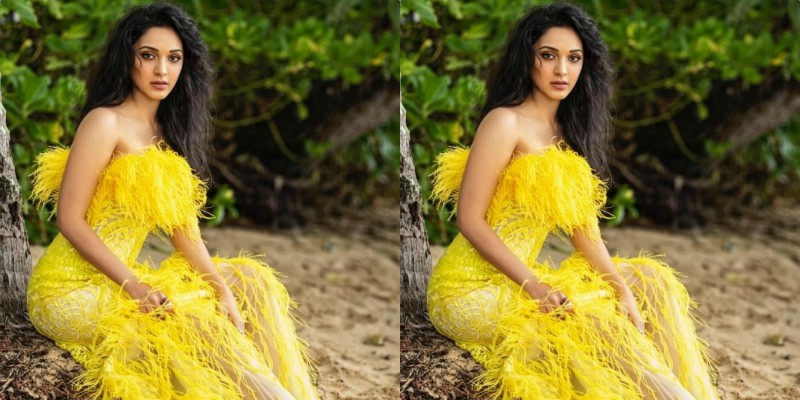 Kiara who is currently shooting for with Akshay Kumar in Laxmmi Bomb was recently trolled for her latest photoshoot dress. The actress was seen donning a designer yellow gown with feathers and fringes that led to the actress being compared to Masal Maggie.

Kiara shared pictures of the dress by  Atelier Zuhra on Instagram and the comments section instantly saw netizens calling her maggie noodles. She received comments like ‘when you love Maggi too much’ and ‘When you are bored of having Maggi, make a gown of it. Best way to stop food wastage,’.

However, Kiara too saw the fun in it and chimed it instead of slamming the trolls. Her comeback was witty and she gave back to the trolls in her way. Commenting to a user, Kiara wrote, “Haha got ready in 2 minutes,” with an emoji of a dancing girl, cool glasses, laughing and flower.

Kiara Advani after her debut in MS Dhoni took on the fame with Karan Johar’s Lust Stories. After Kabir Singh’s success, she will be seen in a number of projects. Her upcoming films include Good News alongside Akshay Kumar, Kareena Kapoor Khan and Diljit Dosanjh and Netflix film Ugly, Laxmmi Bomb with Akshay again, and Shershaah with Sidharth Kapoor.

Interesting Facts About Alcohol Which Nobody Told You