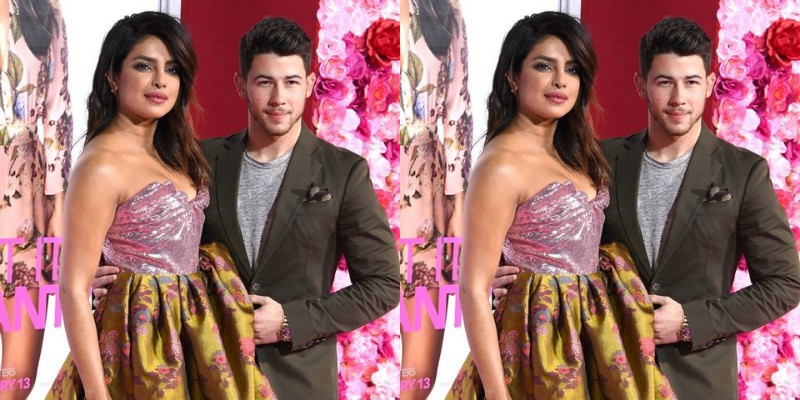 Priyanka Chopra’s upcoming film, ‘The Sky is Pink’ was recently premiered at the Toronto International Film Festival. During an interview, Priyanka went to reveal the film had made Nick cry even before they tied the knot.

Days before getting married the actress was shooting for the Bollywood film when Nick visited her on the film’s set. It was her acting chops that moved Nick to tears, Priyanka said, “It’s so funny because I was filming this until at least four days before my wedding,” She also went to say that the makers were kind enough to create a “wedding approval room” for the couple.

Director Sonali went on to reveal that the team had invited Nick to set for a champagne and cake celebration, she said, “But he came a little early and we were out in the dark and she was doing a very, very intense scene and I heard a sniff and I suddenly turned and there was Nick standing next to me and he was just crying to see her be emotional. It was just the sweetest thing,”

“She goes, you made your husband cry, this is a great scene. It was really cute,” Priyanka added.

Priyanka is co-producing the movie, ‘The Sky Is Pink’ which marks her return to Bollywood after a hiatus of almost three years. The film is a biopic based on Aisha Chaudhary’s life, who became a motivational speaker after being diagnosed with an immune deficiency order at the age of 13. Starring as the parent Priyanka’s film will hit the big screens on October 11.