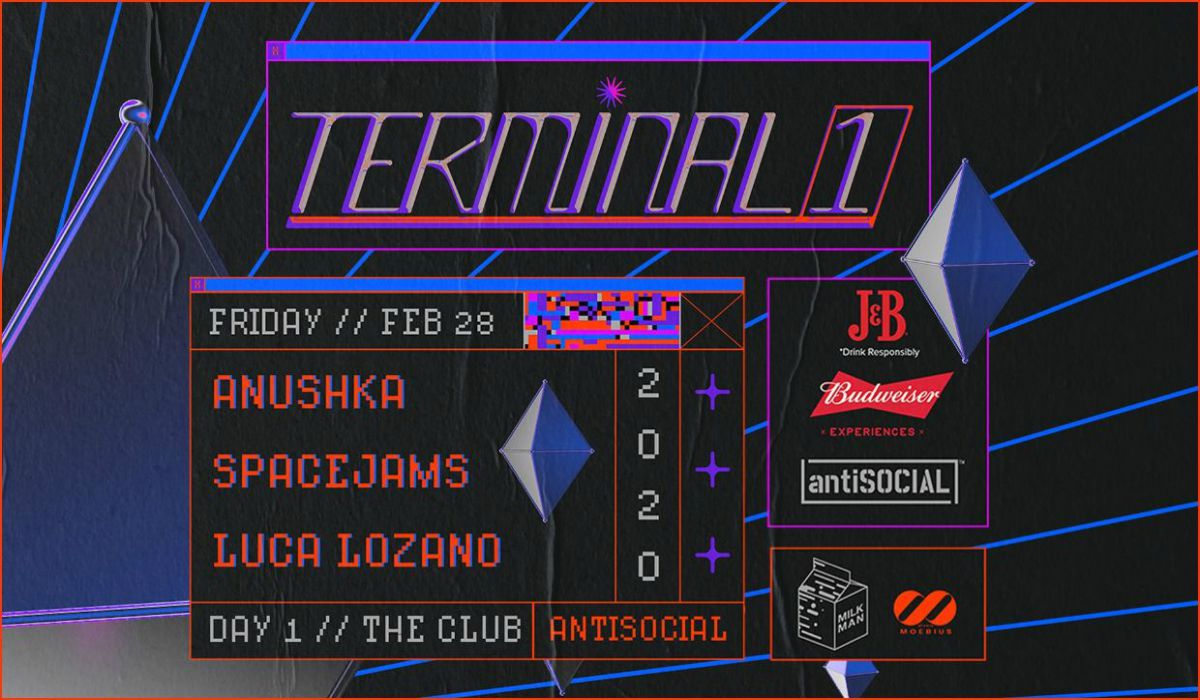 After creating stellar performances and experiences for two years, Milkman is back with the second edition of it’s extremely exciting festival, Terminal 1. Unlike any other festival, what makes Terminal 1 highly anticipated is the unique atmosphere created surrounding music, discovery and a lot more. The spectacle takes place for three days, spanning across three different venues in the city, each experience differing from the other.

This time Milkman will be hosting Terminal 1 at the expansive venue of antiSOCIAL, Mumbai.

A seasoned hand on the subcontinental indie soundscape, Anushka’s sonic style is constantly evolving and yet distinctively recognisable. Characterised by a firm grounding in electronica, her DJ sets are layered with bass heavy beats and edgy breaks ultimately ensconced in a darker, moody veneer. Her versatile approach always lends itself to current influences.

Spacejams is Yohann Jamsandekar, who cut his teeth mixing music as a part of Mumbai’s infamous, long running party crew Bhavishyavani. He is currently a resident DJ for the Milkman party series which has seen him open for the likes of Optimo, Helena Hauff and DJ Stingray. His wide ranging selections and mercurial mixing style lead to raucous, high energy sets that can be relied on to ignite the dancefloor.He could make you break dance, brain dance or just end up giving you a good old fashioned body massage.

UK-born, Berlin-based DJ and producer Lucas Hunter aka Luca Lozano aka Planetluke.com most certainly is a “jack of all trades” as he loves to define himself, but certainly not a master of none – as evidenced by the impeccable output he gets to release under the Klasse Recordings pennant.

Be a part of this extremely distinctive music festival, unlike any other at antiSOCIAL, Mumbai.