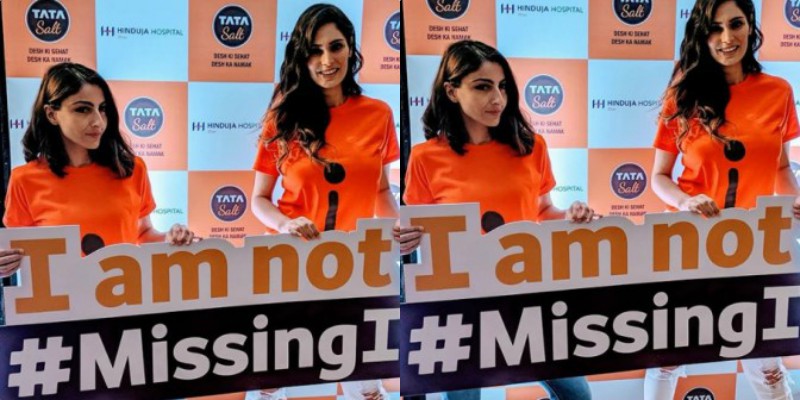 Bruna Abdullah and her husband Allan Frase welcomed their first child, a baby girl in August and now the actress quips that motherhood has changed her life for better and good, on the sidelines of child care event here in Mumbai.

Actress Soha Ali Khan and Bruna Abdullah graced the “MissingI Campaign” for the importance of Iodine and Nutrition for mothers and infants.

Talking about the motherhood and childcare, Bruna said, “Falling in love with a blind date, because you don’t know the baby until the baby is out. And I had no idea whether I was having a boy or a girl, but once I saw her everything changed. I didn’t think that love like that existed, but of course, now it is tiring sometimes because of sleepless nights. But the whole thing is gratifying and magical, my daughter is so beautiful. So my life changed for the best and better”

The adorable couple has named their daughter, Isabella. She is two weeks old and accompanied her mother to the event.

Talking about the initiative Bruna said, “I was not aware that Iodine was that important during pregnancy, for us and the child. My doctor pointed out that Iodine in food and salt is not enough, one needs more than that, a proper right amount, which helps in the development of the baby”