Actress Niharica Raizada, noted for roles in “Baby” and “Total Dhamaal”, has confirmed that she is playing the female lead in “Kisi Se Na Kehna” and says that her career graph is progressive.

Niharica Raizada has finally announced the title of next film, where she will be seen playing the lead actress. The film is titled Kisi Se Na Kahna, which talks about women empowerment and freedom.

Talking about her career choices on the sidelines of her recent media interaction, Niharica said, “Indra Kumar directorial Total Dhamaal got me recognized. My upcoming, Rohit Shetty’s Sooryavashi . will see me in substantial role and now I am the leading actress in Kisi Se Na Kehna, so my career graph is progressive and I am making the choices that seem right for me.

In Total Dhamaal, I got noticed, among a huge ensemble. In Rohit Shetty’s Sooryavanshi, I will get proper screen time, dialogues and I will be performing action stunts, so I am hoping it will impact the audience and my fans will get to see a new side to me. And now I am the leading actress in Kisi Se Na Kehna, with this I am hoping to establish my name as an actress who can carry films on her shoulders. So far so good work is steady”

Talking about the film, Niharica said, “It’s a women-centric film, but at the same time it’s a light comedy. It talks of womens ” Soch” and their freedom. It’s about how today’s women are expressing themselves and creating their own mark in the society,” said Niharica about the project, which also stars Neelima Azim. 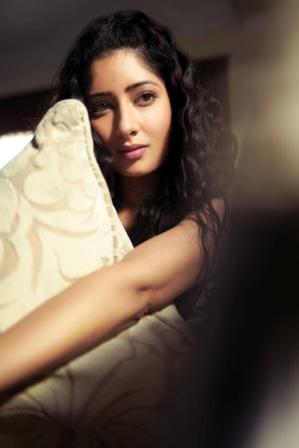