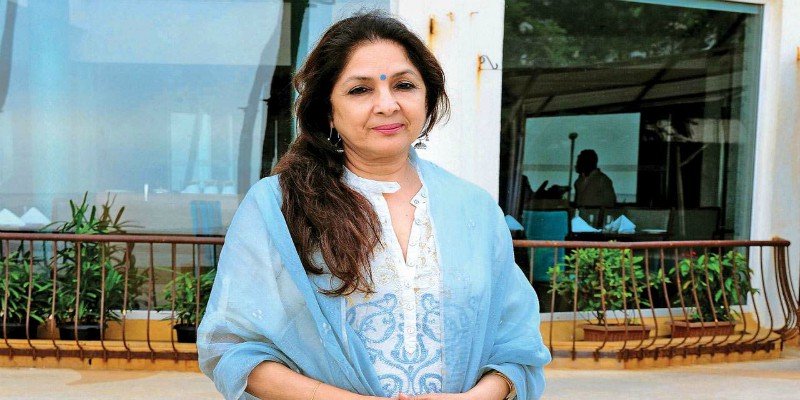 Taapsee Pannu and Bhumi Pednekar will be seen as the Shooter Dadis in the upcoming film ‘Saand Ki Aankh’. While the two were highly praised for their transformation in the film some netizens begged to differ.

Bhumi and Taapasee used prosthetics and makeup to look like 60 years olds but along with some netizens actress Neena Gupta thinks it would have be best to cast the actors close to the sharpshooter’s actual age.

After the trailer release, one twitter user pointed out how actors like Neena Gupta, Shabana Azmi or Jaya Bachchan would have been a better choice. The tweet read, “I love @bhumipednekar and @taapsee but I kinda wish older actors were cast in these roles. Could you imagine @Neenagupta001 and @AzmiShabana or Jaya Bachchan? #SaandKiAankh.”

Neena Gupta quoted the tweet on her feed and commented ‘she was thinking the same’. “Yes, I was just thinking about this. Hamari umar ke role toe kamsekam humse kara lo bhai (At least cast us for the role that suit our age)”.

She later tweeted wishing her best to Taapsee and Bhumi whom she has great respect for, “I liked the trailer, #SaandKiAankh and I have great respect for both the actors @bhumipednekar @taapsee chalo lets wish the film good luck also to #AnuragKashyap who I am very fond of, chalo apna time ayega (sic)”

Saand Ki Aankh wil bring Taapasee and Bhumi together on screen for the first time. The film follows the true story of Tomar sister in law’s who learnt shooting at the age of 60 and went on to win more than 300 medals each.

Produced by Anurag Kashyap and directed by Tushar Hiranandani the film is set to hit the screens on October 25.