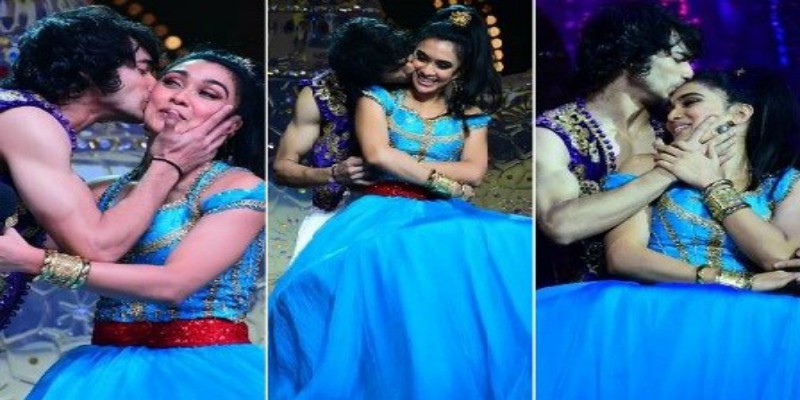 Actor and dancer Shantanu Maheshwari, who is winning hearts with his performances with girlfriend, Nityami Shirke on StarPlus’ couples dance reality show Nach Baliye 9, expressed his love by kissing his lady in front of the team during the shoot of the upcoming episode.

Shantanu has always been a private person and it was only recently that he expressed his love for Nityami through an Instagram post.

In the upcoming episode, Shantanu will be seen expressing his love in front of everyone, and we can’t wait to witness that moment!

Nityami and Shantanu have been trying to meet both ends ever since Nityami injured her knee during the very first week. This time they will be seen performing on a special ‘Aladin’ act where Shantanu is trying to kiss Nityami (Jasmin) through the performance. Since he could not do it in the act, Judge Raveena Tandon turned cupid and told Shantanu to fulfill his wish after the performance.

We all know that Shantanu is a very shy person but this time he did not shy away from expressing his love for his better half, Nityami not once, but thrice!

Watch Nach Baliye Sat-Sun at 8PM only on StarPlus!

Oldest Eateries in Chennai you should try during the weekend