A noted Indian Actor and popular name among AD-makers and filmmakers, Jay Thakkar is merely 19 years old but his resume is a mile long with dozen of Awards, Ad films, Short movies, Feature films, Serial, Shows and a lot more to his credit.

Multi-talented Jay Thakkar is quite unassuming about his achievements, which is a rare feat at such a tender age. One look at him and his approach towards work and life, you’d know he has no air about himself and his conviction towards craft has not been corrupted with extended over achievement.

Jay Thakkar entered the world of media in 2004,  and is in this film industry since 15 years, so far he has worked in more than 100 Ad films on some he has collaborated with big names, like Aamir Khan, Sachin Tendulkar, Dhoni, Shahrukh Khan and with Film Directors like Nitesh & Ashwini Iyer Tiwari, Suresh Triveni & Abhinay Deo.

Apparently, he was seen in the lead in Amazon Prime’s web Series – LAAKHO MEIN EK created by Biswa Kalyan Rath wherein he played the role of a humorous, crazy but the most clever & smart Bihari IIT student.

Talking about work ethics and his journey, Jay Thakkar quipped, “I’ve been lucky. One thing led to another and before I know it, I was popular and people started noticing me. I never knew I was this talented, but I am forever grateful for the support, love, kindness, and work that came my way, which has helped me find my own creative aspirations”

He has done HOLLYWOOD as well as BOLLYWOOD films, short films, regional and foreign films, television shows, reality, and fictional shows. HE WAS THE ONLY INDIAN CHILD ACTOR IN HOLLYWOOD RUSSIAN MOVIE- RODINA in which he played a crucial role of “RAMISH” throughout the entire film.

Talking about his Television, Films and Short films career, Jay added, “Working in films or Short films is a lot different. It’s a different format, the emotion are different. It is fun and you get to learn a lot. I have worked with senior actor Paresh Rawal’s Production’s in Colors Channel’s show- LAAGI TUJHSE LAGAN as SETHJI for more than 1000 episodes for which he received Golden Petals Award for best child actor he is such a remarkable man”.

“I had fun on television. It is a different world altogether. People are so talented and once you’re surrounded by creative people, you start to push yourself even further. Here also one thing led to another, I think I am blessed and lucky”. 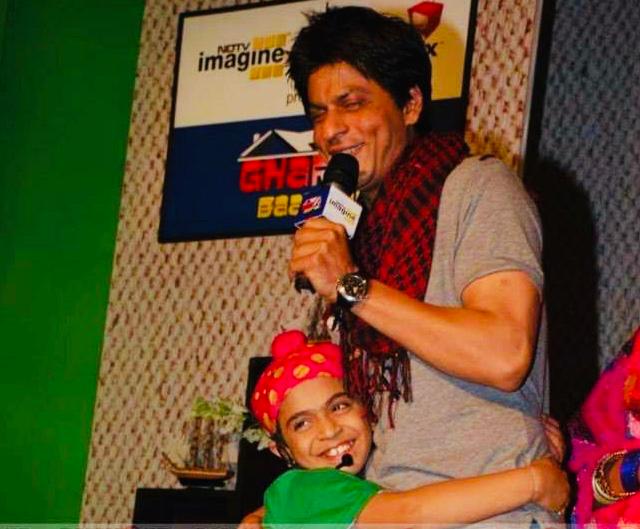 Home remedies to get rid of Dark Circles and Tired Eyes!