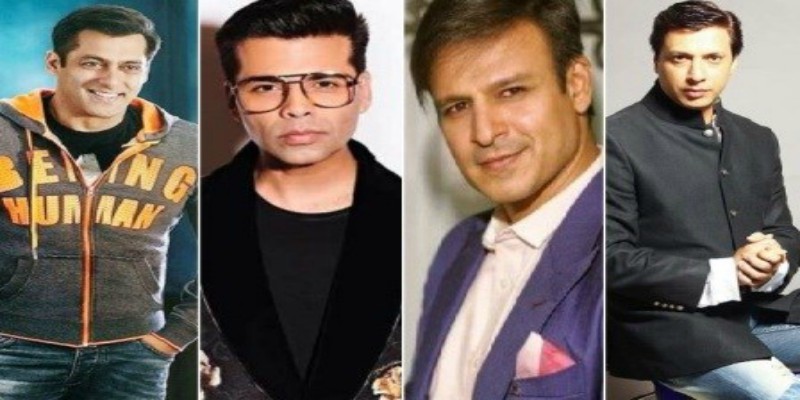 Superstar Salman Khan took to his social media profile and wrote, “Way to go PM Modi and Prez Trump for a great association between the 2 nations. . . Narendra Modi and Donald Trump”

Filmmaker Karan Johar also shared his excitement about Indian PM Trip to USA. He wrote, “What an outstanding address by our honourable Prime minister @narendramodi on a supreme world stage…so proud to watch the world watching the brilliant address….”

“Proud moment for India and fellow Indians across the globe. What an inspiring and solid address by @narendramodi. @POTUS also in awe as crowd cheers for the Indian prime minister. #HowdyModi” added Karan.

Actor Vivek Oberoi hailed the Prime Minister for his efforts to make every Indian on his twitter handle. “Triumph over Trump! Our hearts swell with pride and are won, once again! Statesmanship at its best. A big thank you to @narendramodi ji for making us all extremely proud to be an Indian. We had all only imagined this, you turned it into reality. Jai Hind”

Filmmaker Madhur Bhandarkar shared, “What a spectacular and historical moment to watch two of the world leaders and heads of the two biggest democracy Shri. @narendramodi and @realDonaldTrump on one stage. Hope to see stronger ties between the two nations in future”

The community summit, the first of its scale, was held at the NRG Stadium in Houston in honour of Modi, who is currently in the United States on a week-long official trip to address the UN General Assembly, amongst other important engagements.