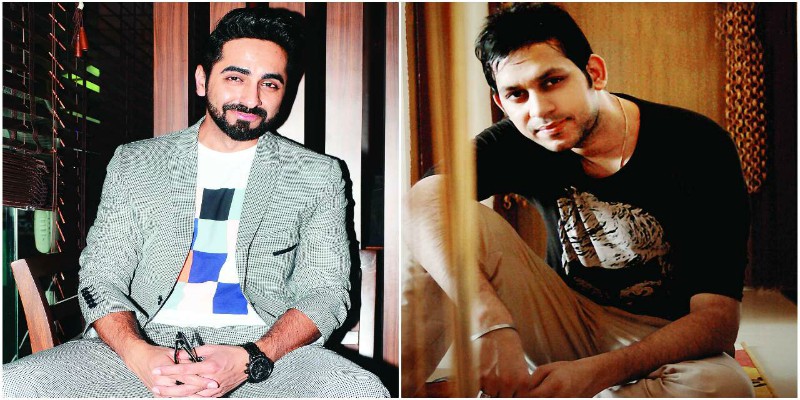 Filmmaker Raaj Shaandilyaa, who made his directorial debut with the recently released film ‘Dream Girl’, has said that apart from being a really good actor, Ayushmann Khurrana is really humble, down to earth and understanding human being.

Raaj Shaandilyaa was interacting with the media when he celebrated his birthday along with Bhushan Kumar, Nushrat Bharucha, Ganesh Acharya, and Kashmera Shah on Saturday in Mumbai.

Sharing his experience working with Aayushmann Khurrana if ‘Dream Girl’, Raaj said, “It was a fantastic experience working with him. For the first time, I worked with him. Everyone knows that he is a really good actor. Besides that, he is really humble, down to earth and understanding human being. Now our film has become hit so, our responsibility has also increased. People want both of us to work together again so let’s see, I am looking forward to working with him.”

Ayushmann Khurrana and Nushrat Bharucha’s Dream Girl is on a dream run at the box office. After a splendid first week, the film is rocking the second week as well. The release of three new films – Pal Pal Dil Ke Paas, The Zoya Factor, and Prassthanam- has not affected the Raaj Shaandilyaa film at all.

‘Dream Girl’ has managed to collect 86.60 crores at the box-office by September, 21.

Talking audience response to the film, Raaj said, “I was always interested in direction. ‘Dream Girl’ is a comedy film and it’s my favorite genre. I am really happy that the film has become super hit so, it has made my birthday more special. In this film, I got the opportunity to work with Ayushmann and other actors so, I had a lot of fun while directing them. I hope I will keep improving myself with every film.”

Besides being a comedy film ‘Dream Girl’ deals with the issue of loneliness, talking about it Raaj said, “Nowadays, people are dealing with the issue of loneliness and I feel that’s what connected them with our film. People have come here to work in Mumbai from other states leaving behind their families so, people have a lot of friends here but they don’t have true friends. Through this film, we have tried to tell the audience that they should express their feelings with someone and they should stay together in difficult times because that’s how you move ahead in life.”

Talking about his upcoming projects, Raaj said, “I am working on a couple of films. I did my first film with Balaji (Balaji Motion Pictures) so, I am doing my next film with them as well. Other than that, there are some projects which will be announced soon.”