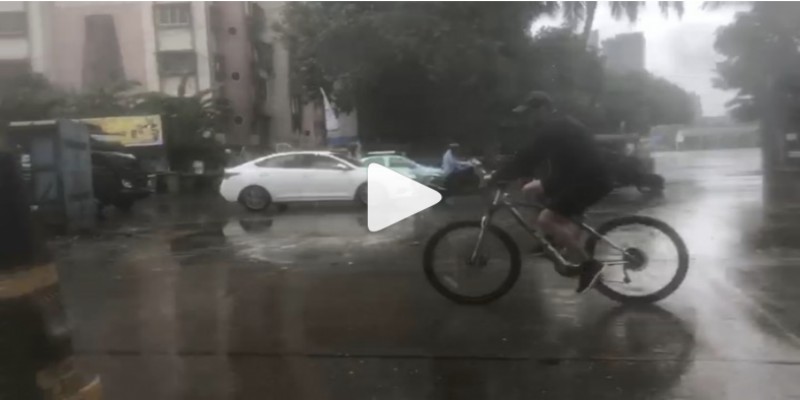 Ditching luxury cars, superstar Salman Khan took a bicycle ride to the sets of his film ‘Dabangg 3’ amid Mumbai rain.

Salman Khan has earlier stated that he loves cycling and often gets spotted while cycling on Mumbai roads.

“Mumbai city in the rains… Off to the location to shoot for ‘Dabangg 3’,” Salman captioned the video on Twitter. In the clip, the “Ready” star is seen in black shorts and zipper paired with cap. As he stopped at traffic lights, he posed with fans for photographs.

Salman’s next film, ‘Dabangg 3’ is directed by Prabhudheva. Salman and Prabhudheva have reunited on this project after ‘Wanted’ in 2009. ‘Dabangg 3’ will launch a new face — Saiee — the daughter of actor-filmmaker Mahesh Manjrekar. The budding actress will play the love interest of superstar Salman Khan’s character, Chulbul Panday.