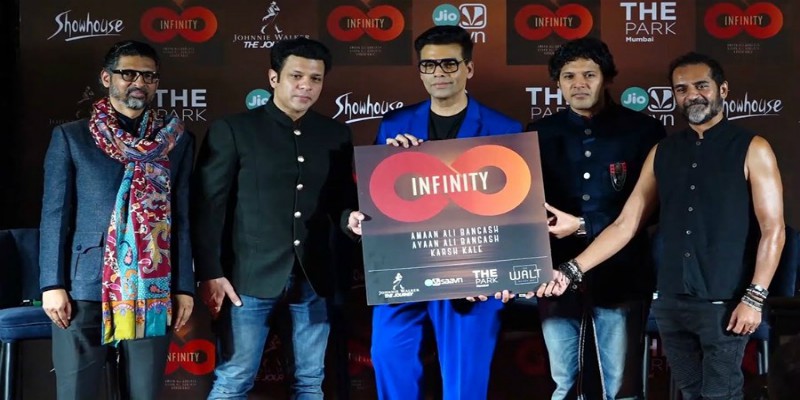 Filmmaker-producer Karan Johar who shares a close bond with sarod maestro Amjad Ali Khan’s sons Amaan Ali Bangash and Ayaan Ali Bangash has said he would love to collaborate with them for his forthcoming project.

Karan Johar was interacting with the media at the launch of music album launch named ‘Infinity’ along with Amaan Ali Bangash, Ayaan Ali Bangash, Karsh Kale and Amjad Ali Khan on Friday in Mumbai.

When asked Johar whether he would like to work with Bangash brothers for any of his project, he said, “I would love to work with both of them. Our cinema is evolving and so is the sound of our cinema and I think it’s now so related to the plot and the characters. I did a film (Ae Dil Hai Mushkil) where the lead character was a singer and if ever there’s a zone like that again it would be wonderful to kind of create new sounds and new energies in our film with these guys.”

Praising Bangash brothers, Johar said, “I know Amaan and Ayaan for about 15 to 20 years and I am proud and excited to see their musical journey unravel over the years. I love the way how they have gone from strength to strength and it is not easy to live under the shadow of an international legend (their father). There is a lot of humility and honesty in their music.”