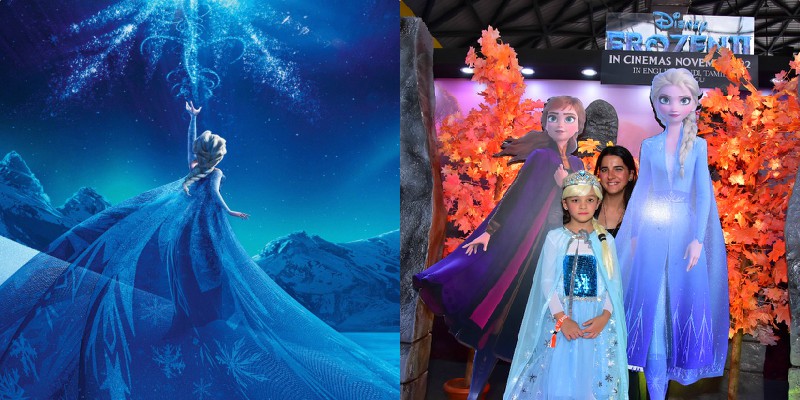 Famed television actress and VJ – Shruti Seth, recently hit the news on her efforts for good parenting. Our beloved Shararat star is getting all the brownie points from her adorable daughter – Alina, as Disney India takes the mother-daughter duo to the popular Hyderabad Comic Con 2019. Held over the weekend, the pair had a dreamy day out at the convention and indulged in various Frozen-themed activities.

A complete ‘Elsa makeover’, a super cute Olaf, an exciting Frozen 2 themed ‘Spin the Wheel’ session were some fun-filled activities among others that allowed little Alina to fulfil her Frozen dream.  Speaking on acing the parenting game, Shruti Seth quipped, “Alina has always been a mega fan of Frozen and was extremely excited when we heard of this opportunity. It was the best gift ever that she could have received and would like to thank Disney India for fulfilling her dream. As we wait for Frozen 2 to be released, it was a blast to have experienced this with my daughter at Comic Con”

Hyderabad Comic Con was the first to have received an enthralling response by fans such as Shruti Seth and her lovable daughter. Patrons can head over to Disney India’s stall in the upcoming conventions happening across cities and experience the Disney magic!