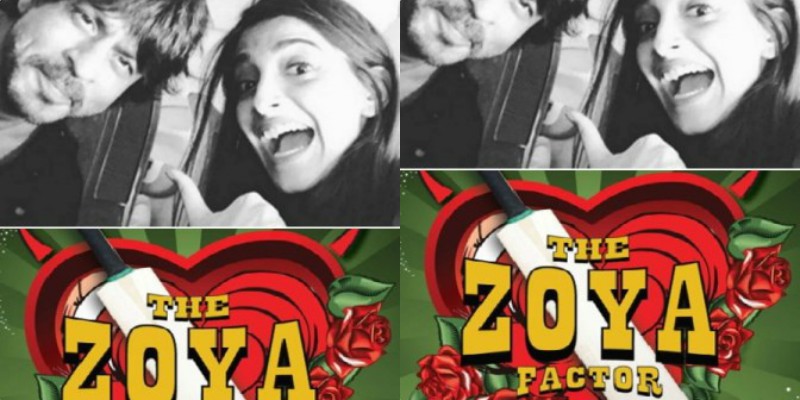 Actress Sonam Kapoor and Dulquer Salmaan starring upcoming film The Zoya Factor have released its first song. From being a girl-next-door to India’s Lucky Charm, the song, called Lucky Charm, shows Sonam’s journey in the film.

The song begins in Shah Rukh Khan’s voice. He explains how Sonam’s cricket-crazy father gave the credit of India’s 1983 World Cup win to Sonam as she was born on the same day India lifted the World Cup in 1983.

Sonam Kapoor dropped the song on her social media profile. She captioned it, “Want to know who my lucky charm is, the one and only @IamSRK!! Team #TheZoyaFactor loves you! Check out the first song LUCKY CHARM! @dulQuer #AbhishekSharma @Pooja__Shetty @aartims @foxstarhindi @ad_labsfilms @Imangadbedi @sikandarkher @ZeeMusicCompany”

Luck Charm is sung by Raghuvir Yadav and Shankar Mahadevan. The music of the film is composed by Shankar-Ehsaan-Loy.

The Zoya Factor is directed by Abhishek Sharma and produced by Fox Star Studios, Pooja Shetty and Aarrti Shetty. The film is a light adaptation of Anuja Chauhan’s 2008 novel The Zoya Factor, which follows the story of a girl, Zoya Solanki, who becomes a lucky charm for the Indian Cricket team during the 2011 Cricket World Cup, and the skipper Nikhil Khoda who doesn’t believe in luck and superstitions.