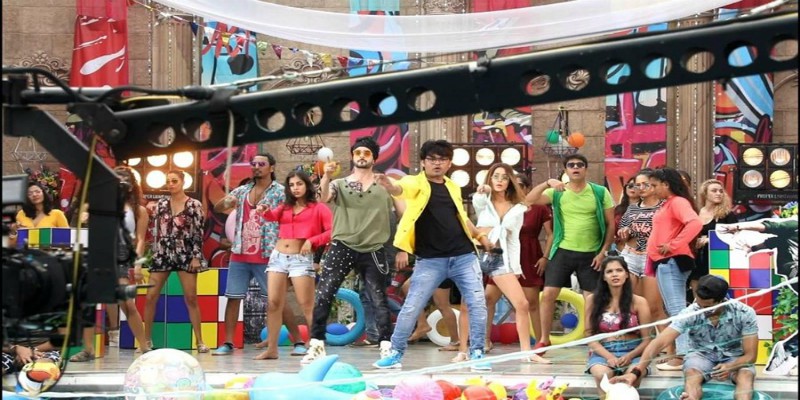 Filmmaker Vijay Bute was really excited about the super-hot tattoo boy song which came out as an idea to mold an advertisement for a tattoo studio into a song. This song is in collaboration with Sara Khan and Angad Haseeja which is produced by Nadeem Batliwala and Zaheer Batliwala. Nadeem himself is a tattoo icon (Mumbai Tattoos). Vijay Bute is the creative mind behind this concept. He is a director and choreographer. This song is not only directed but also choreographed by him. He is a budding mindset for the industry. The single has been in news ever since its announcement. The sweetheart pair of Sara and Angad was finalized because folks have always loved them together.

Talking about the song and collaboration with Sara Khan, director Vijay Bute said, “It was a difficult shoot. This song is really unique and fresh. No one has done a song on Tattoo as a centerpiece. I mean people have used artists sporting Tattoo’s but never a song about the Tattoo itself. Sara Khan understood the concept; she is a great dancer and singer, so it was exciting to work with her”

“Angad Asija is also featured in the song as The Tattoo Boy. He is also extremely talented. What can I say about working with Nadeem Batliwala; he is a tattoo savant, anyone who has tattoo’s, here in India or overseas, knows the man. He gave me creative freedom as he understands the creative process” added Vijay.

Talking about the song and its concept, Vijay added, “All I can say is that it is based around Tattoo’s, hence the name Tattoo Boy Song. The song has a narrative and it is shaping really well. I am happy with the collaboration and the song is fresh, vibrant and will instantly find its niche.