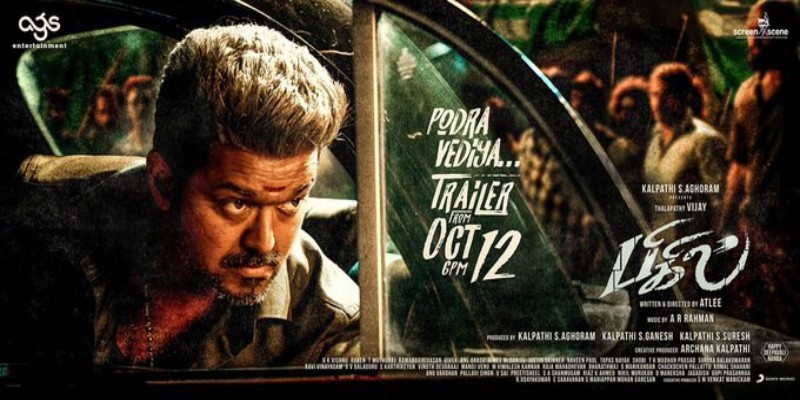 After the viral song ‘Verithanam’ from ‘Bigil’ starring Vijay, Nayanthara, Jackie Shroff, Vivek and Kathir. The makers of the film are out with intense new poster and trailer release date, which is 12th October.

The much-awaited trailer of Thalapathy Vijay’s next, Bigil, will be released on 12th October. The film is directed by Atlee.

The first look of the film shows Vijay in dual roles, one of a footballer and the other of a gangster. Music for the film is by AR Rahman. A popular orchestra from Macedonia is working on the background score of the film. While the cinematography is by GK Vishnu, editing is by Ruben.

The soundtrack and background score was composed by A. R. Rahman, marking his second collaboration with Atlee after Mersal, and also his fifth collaboration with Vijay. The album features five songs, with all lyrics written by Vivek, out of which one song, “Verithanam” is sung by Vijay.