The Perfect Rom-com Movie of the Month: Love Today 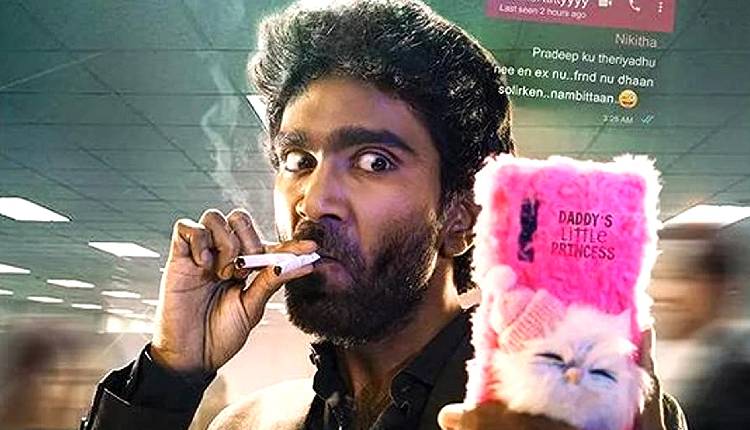 From the creator of “Comali”, Love Today is a much-needed and feel-good movie from Pradeep Ranganathan again. Of course, we might not expect the director as the main protagonist in the movie. Pradeep has proved himself as a top-notch actor as well as director this time. Although he gave his appearance for a few seconds in his first movie, Comali, Pradeep has written an exemplary storyline. Bankrolled by AGS Entertainment, the movie incorporates interesting casting.

Hit the theatres on 4th November 2022, the movie introduces us to the hero – Pradeep as Uththaman Pradeep and the heroine, Ivana as Nikitha. Alongside, Yogi babu, Sathyaraj and Radhika in the leading roles, the movie marks the best release of the month. While Yogi Babu is well-known as a comedy actor, he plays a key role in the movie. This is because Pradeep used him as a character artist in the movie. The trailer of the movie has already created curiosity among the young audience. True to that, Love Today is receiving positive reviews since its release. The story manifests the relationship between Uththaman Pradeep who is a Developer in CTS and Nikitha. When Nikitha’s father, Venu Sastri sensed their relationship, he promises to agree to their marriage on one condition. He makes both Pradeep and Nikitha exchange their phones for a day. Somehow, they agreed but not whole-heartedly. This is where they both get into trouble as both unlocked their phones to get to know each other.

You may also like: 5 Most Essential Qualities to Deepen Your Relationship Forever

Meanwhile, Pradeep’s sister, Divya’s marriage preparation is going on. Divya is engaged to Yogi, a Dentist who respects and treats her equally. But he overhears Divya’s mom and aunt’s comment on his physical appearance while on a merge call. Later, Divya finds changes in his behaviour as he turns moody. This in turn makes Divya to doubt Yogi and she wants to check his phone.

With the storyline going on, the movie keeps the audience engaged throughout. You have got to book your ticket to know whether Pradeep and Nikitha overcome the relationship issues and if Divya gets married to Yogi. Although the title makes you remember the 1997 movie “Love Today” starring Thalapathy Vijay, Pradeep’s “Love Today” is definitely for the modern relationship in this 21st century. The weekend is here and the perfect movie is here to ROFL and think!

Do You Believe? This Waterfall In India Has SEVEN SISTERS