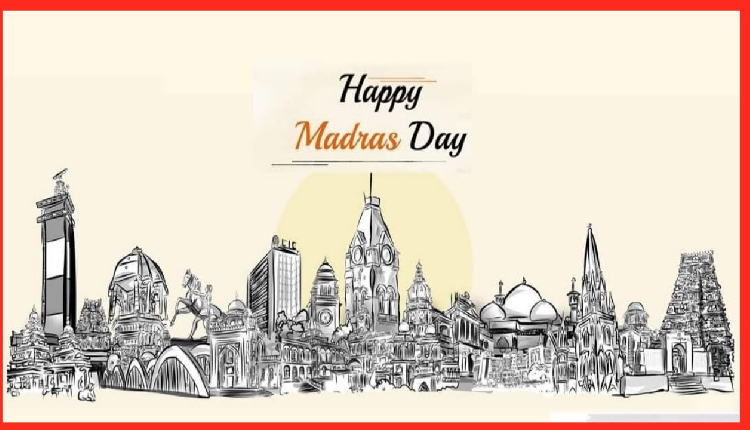 “Chennai is a city, Madras is an emotion!” – The name itself brings you all the effervescent memories queued and also the history to an extent. Being the metropolitan city, it has been incorporated with hundreds and hundreds of entertainment. It has been the city of the dreams to many and it continues to be. And so, it can be rightly called as the ‘City of dreams.’ Inhabited with the natural breeze of beaches, tinkling shops, massive malls, multiple institutions, and other places to have fun-filled days. Chennai is serving its best to its people and has its essence of joyous life too. Welcomes the people with wide hand, the city is a home to all. Presently, Chennai stands high for so many reasons such as education, healthcare, IT, history, tourism, auto industries, movies, Kollywood, etc. And yeah! It has its warts still. But did you know the real history of how Madras turned to be Chennai? The city itself is an answer to this question as it stands out to manifest the real face of Madras in the name of Chennai. If you have been here at this place, just explore the different parts of the busiest city. It is almost 380 years old and it is the capital of Tamil Nadu. Every part of Chennai has its distinct features look into. So, let’s peer into the history of the city and how was it formed.

You may also like: 7 Things to do in North Chennai 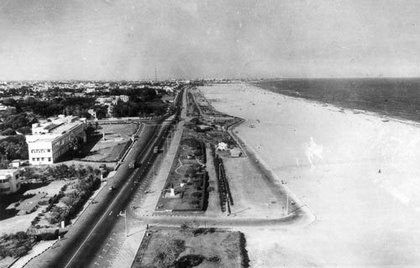 The then called Madras was found by the East India Company who actually bought it as a piece of land from the local Nayak rulers on 22nd August 1639. It is now famously known as Chennai and is well known for its richness. Earlier, the city was known as Madraspatnam and was once ruled by the Cholas, the Pallavas, the Pandiyas, and the Vijayanagar Empire and was succeeded by the arrival of European traders. And that’s why you could witness the Portuguese modeled or Dutch modeled buildings still breathing in this 21st century. The city of emotions as we say today was once a British settlement which was known as Fort St.George. They settled in a small piece of land and the other Portuguese and Dutch traders joined the settlement with the British. This small piece of land was handed over by Nayaks to the British and later it was known as White Town.

You people might have heard about George Town which was then known as a black town, will literally take to the colonies of British. An interesting walk into the British colonial era as the buildings at this place still breathes with the British air. Fort St. George stands still and is now the home for the Tamil Nadu Legislative Assembly and the office of the Chief Minister.

It was only on 17th July 1996, the name of the city was changed from Madras to Chennai by the former Chief Minister Karunanidhi. And the new name Chennai was formed from Chennaipattanam, which was a small town near Fort St. George. The true reason for the change of name was because the city should be named in its own vernacular instead of the name given by the British. And that’s how it metamorphosed from Madras to Chennai. Even though the British went out of the city, the buildings and fort take us back to the colonial era of the city. George Town to Sadras Fort, all have its British ambiance still as their structure speaks the most of whites. Though we call it as Chennai now, it was once known to be Madras and it is this name which is filled with emotions. No matter wherever you roam in Chennai, you will be instilled with the memories of Madras at the bottom of your heart. The name Madras will never be faded and thus it is called as Madras Day. The city is now an important commercial, a cultural, economic and educational hub in the southern part of India. It is nicknamed as “Detroit of India” in which the huge part of India’s automobile industry is based in Chennai. Bharatha Natyam and Carnatic Music found its center in Chennai and thus, Chennai is known for its richness in arts and culture.

Truly, a city of emotion because of the life experience it has provided you. A city that deserves to be celebrated! And so, Madras Day was an idea of three people put together namely, the city’s famed historian, S. Muthaiah, journalist Sashi Nair and publisher Vincent D’Souza. Madras Day mainly focuses on the city, its history, its past, and its present. And it will be better and good for the future generation, if we plant trees on this particular at least to show our love for the city and its environment.

On the onset of Chennai’s 383rd birthday, exciting events began on Elliot’s Beach from Saturday (20.08.2022). To celebrate Madras Day which is celebrated every year on August 22nd, the city is all set to entertain its people. It was a two-day event that perfectly blended with the weekend revive. 50 stalls have been set up on each side of the flamboyant Besant beach to relish the weekend ahead of Chennai Day. The big-fat event began with a theme “Our Chennai, Our Pride” that depicted tradition, culture and history of the city. Organised by the Greater Chennai Corporation, the celebration of Namma Chennai was in association with the Confederation of Indian Industry (CII). A special song ‘Namma Chennai Namma Perumai’ composed by our music director G.V. Prakash Kumar was released at the event. The celebration has had other events such as live shows, Stadium Run and Happy Streets as well. Notably, our honourable Chief Minister M.K. Stalin made his valuable presence and participated in the ‘Happy Streets’ event and manifested the importance of staying fit and healthy. The celebratory event went beyond imagination although the rain has got its way to add its happiness. And what would be the more obvious way to say “Happy Birthday Chennai” today!

Bridal Jewellery – Some Tips for Choosing Them