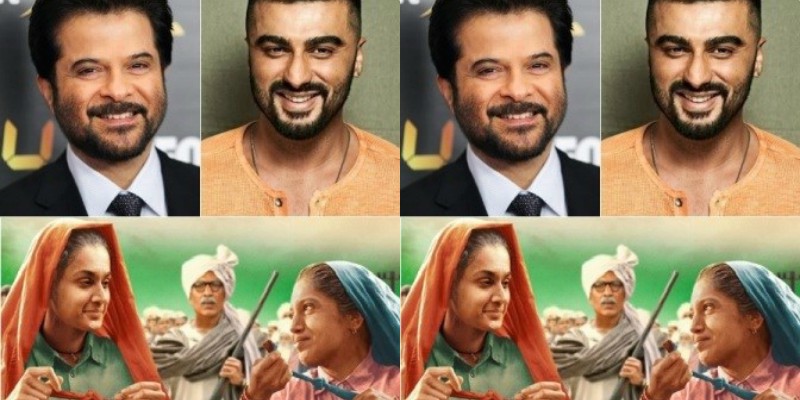 The biopic of sharp-shooter dadi’s “Saand Ki Aankh” official trailer is out. The film is directed by Tushar Hiranandani and produced by Anurag Kashyap, Reliance Entertainment and Nidhi Pawar.

Veteran actor Anil Kapoor took to his social media profile and wrote, “You’ve hit the bullseye quite literally with this one @tushar1307! Amazing trailer! #SaandKiAankhTrailer…Killing it with the screenplay @BalwinderJanjua! @bhumipednekar @taapsee @RelianceEnt”

Actor Arjun Kapoor is also impressed with the trailer. He shared, “All the best looks like this one will hit the bullseye!!! @tushar1307 @taapsee @bhumipednekar @ItsViineetKumar @nidhiparmar @Shibasishsarkar #SaandKiAankhTrailer”

The story then traces their journey towards success, which includes hurdles like being mocked at the competition or having their own personal problems at home to battle. It is slated to release on 25 October 2019.

Meanwhile, on the work front, Anil Kapoor got his kitty filled with Pagalpanti, Malang, and Takht.