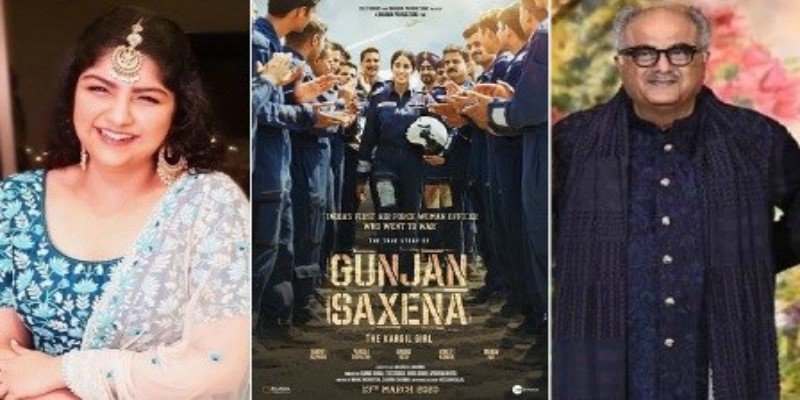 Amidst of anticipation and much delays, finally, the makers of “Gunjan Saxena – The Kargil Girl” dropped the official poster and release date of the film, starring Janhvi Kapoor in the lead role, playing a veteran IAF war hero.

Entrepreneur Anshula Kapoor wrote, “I am so incredibly proud of you @sharansharma bhaiya for choosing to share this beautiful story with the world in your first film. You’ve always put in 1000% into everything you do, and I know you’ve done the same through the entire process of making this film…I’ve seen @janhvikapoor put her heart, blood, sweat, tears… literally everything she’s got into making sure her portrayal of Gunjan does justice to the real-life hero she is impersonating, as well as your vision for the film. Super duper proud of both of you & super duper excited to watch this unfold on the big screen in March 2020…only love coming your way @janhvikapoor @sharansharma #SiblingGoals”

The film is based on Gunjan Saxena, played an important role in transferring injured soldiers from the war location during the Kargil War.