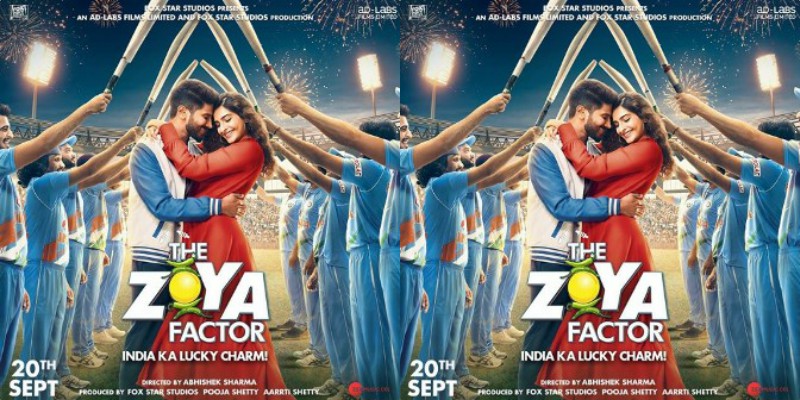 Keeping the momentum and interesting going for forthcoming “The Zoya Factor” – the makers are out with the official poster of the film right before the trailer release, which is today!

The Zoya Factor is directed by Abhishek Sharma and produced by Pooja Shetty Deora and Aarti Shetty. The film is a light adaptation of Anuja Chauhan’s 2008 novel The Zoya Factor and follows the story of a girl, Zoya Solanki, who becomes a lucky charm for the Indian Cricket team during the 2011 Cricket World Cup.