​Chhalaang Will Have World Premiere On Amazon Prime 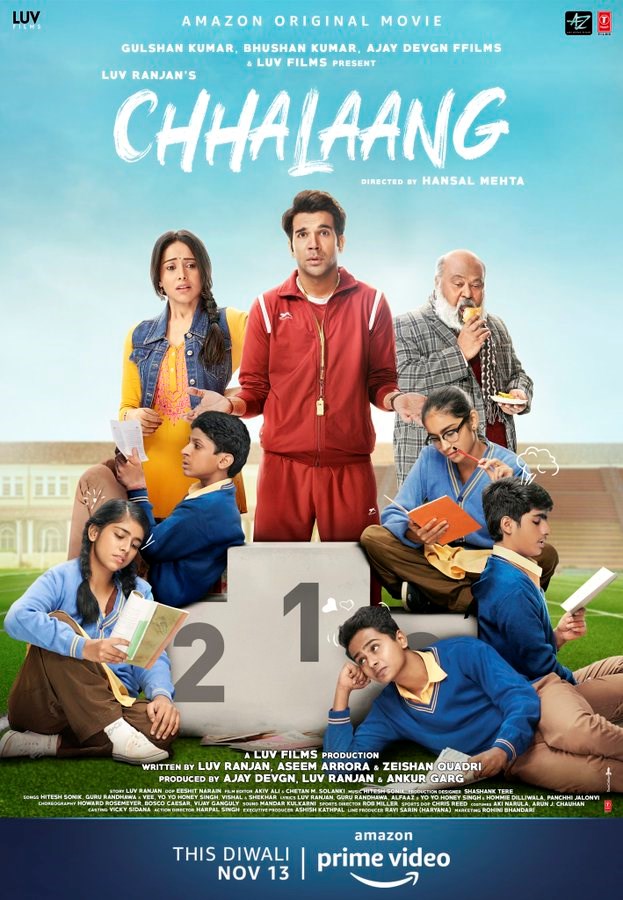 Amazon Prime Video is out with super impressive line-up of digital releases and Rajkummar Rao starrer Chhalaang is slated for 13th November release.

Chhalaang is a social black comedy film directed by Hansal Mehta starring Rajkummar Rao and Nushrat Bharucha in the lead roles. The plot is set in a small town of Uttar Pradesh. The film is set to release during Diwali 2020 on Amazon Prime Video. The film is produced by Ajay Devgn, Luv Ranjan, Ankur Garg and Bhushan Kumar.

Rajkummar Rao will be seen playing a sports teacher in this inspirational social comedy.  The film also stars Saurabh Shukla as Venkat Mehat or Masterji and Mohammed Zeeshan Ayyub as Akash.

The film releases on 13th November 2020 on Amazon Prime India.