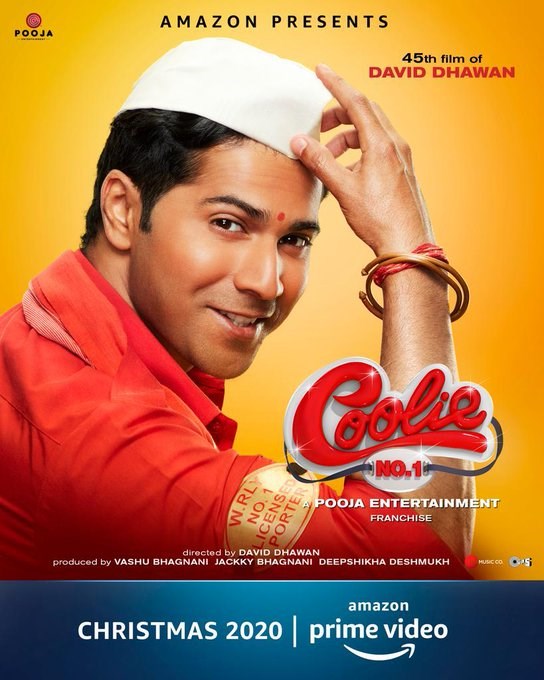 Finally the much awaited Coolie No 1, starring Varun Dhawan and Sara Ali Khan will have its world premiere on Amazon Prime Video on Christmas.

David Dhawan directorial film joins the list of nine films to be released directly on the streaming platform. Coolie No 1 is a family comedy, remake of Govinda and Karisma Kapoor’s 1995 film of the same name.

Varun Dhawan and Sara Ali Khan’s Coolie No 1 will release on Amazon Prime Video on Christmas this year. The film was earlier scheduled to hit theatres on May 1, 2020. However, as cinema halls remained closed due to the corona-virus pandemic, the makers decided to postpone its release. And now, the film will be released on a streaming platform.

After the super success of Judwaa 2, this is the second film of Varun Dhawan with his dad David Dhawan. But the actor has huge shoes to fill as it will be immensely pressurising for him to match up to the brilliant performance and comic timing of Govinda.

​Chhalaang Will Have World Premiere On Amazon Prime