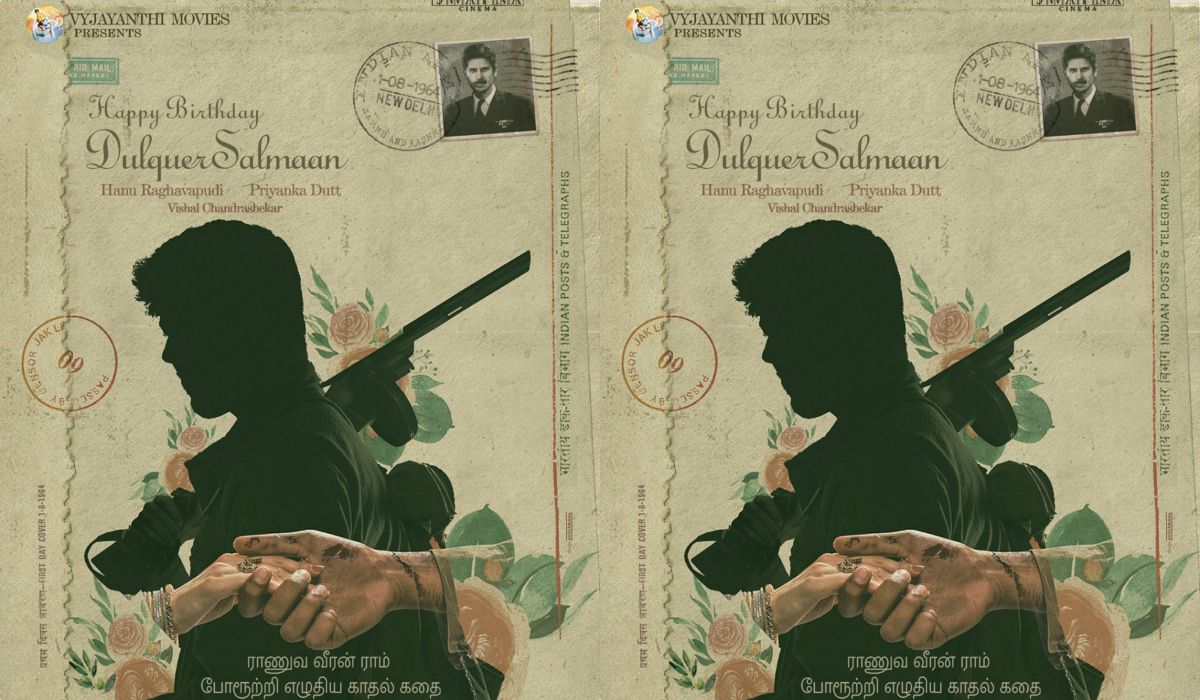 Dulquer Salmaan dropped three posters on his social media profile. He captioned them, “It is my pleasure and honor to associate with Hanu Raghavapudi, Swapna Cinemas, and Vyjayanthi Movies for this trilingual period drama. Thank you for this lovely surprise. Can’t wait to don the role of Lieutenant Ram”

The film is set in 1964, will be directed by Hanu Raghavapudi will be directing the movie, which will be released in Malayalam, Tamil, and Telugu languages.

Priyanka Dutt of Swapna Cinemas is backing the project under the banner Vyjayanthi Movies, who has earlier presented the award-winning movie ‘Mahanati’.

Dulquer, who was last seen in films including ‘Varane Avashyamund’ and ‘Kannum Kannum Kollaiyadithaal’, will next be seen in ‘Kurup’ and Brinda Gopal’s ‘Hey Sinamika’, among others. ‘Hey Sinamika’, will also star Aditi Rao Hydari and Kajal Aggarwal.