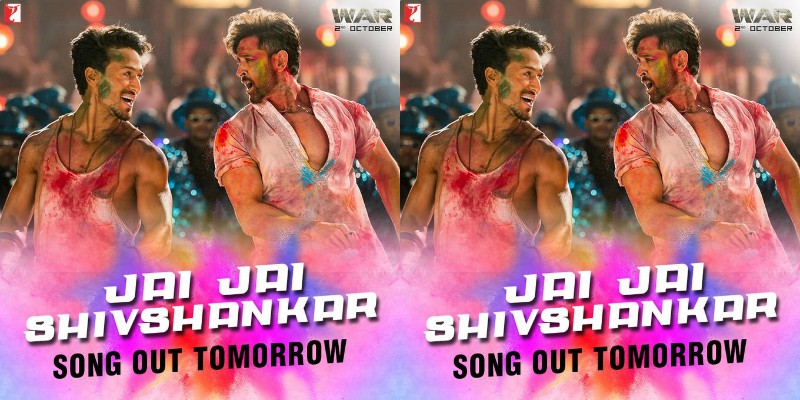 The first look of “Jai Jai Shiv Shankar” will be out tomorrow. The song will feature two of the most prolific dancers of Bollywood – Hrithik and Tiger. The first look for the song is out, and it looks like a Holi party number.

Hrithik Roshan dropped the firs look and deeds about the song on his Twitter profile. He captioned it, “Mood hai Bhayankar! #JaiJaiShivShankar Song out Tom”

The biggest action entertainer of the year, War, will see both these incredible action stars, Hrithik and Tiger, push their bodies to the limit to pull off never-seen-before, death-defying action stunts that will keep you on the edge of your seats. War is set to be a visual spectacle for quintessential action cinema lovers as they would witness Hrithik and Tiger pull off jaw-dropping sequences as they try to beat each other.

The action-thriller is directed by Siddharth Anand. It is produced by Aditya Chopra under his banner Yash Raj Films. The film follows an Indian soldier who is assigned to eliminate his former mentor, who had gone rogue.

The film is scheduled to be theatrically released in India in IMAX on 2 October 2019, the occasion of Gandhi Jayanti.