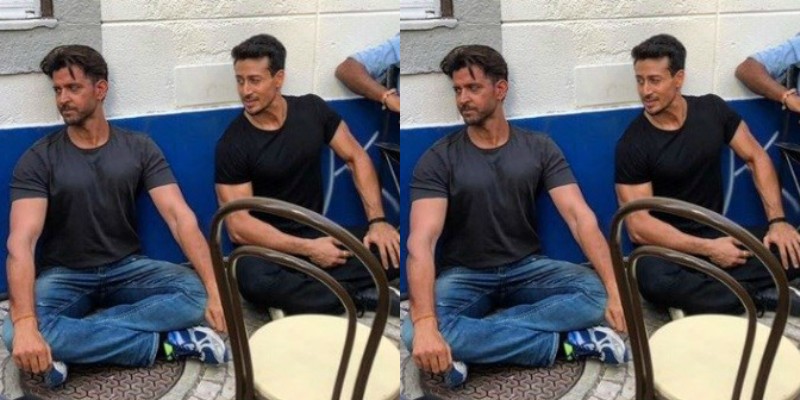 Superstar Hrithik Roshan just took to his social media profile and wrote a heartfelt note for Tiger Shroff on social media. He captioned it, “I still have a day shoot left. But since everyone started celebrating the wrap, here’s half confused me joining in the fun. I just hope they remember that the last scene is still left. What I’m going to miss most? Is working with you @tigerjackieshroff… Everybody else, enjoy the party and see you at work day after…#WAR #itsnotawrap”

The film is finally complete. The makers recently dropped the trailer of the film, which went viral, racking up 50 Million hits on social media.

Tiger Shroff, who has always considered Hrithik Roshan as his idol, also wrote, “I got your back sir @hrithikroshan and hopefully hes @itssiddharthanand got ours! #onemonthtogo #2ndoct #war #hrithikvstiger”

The film follows an Indian Soldier Khalid (Tiger Shroff) is assigned to eliminate Kabir (Hrithik Roshan) his mentor and an ex-Indian Soldier turned Rogue and this leads to “War” between them.