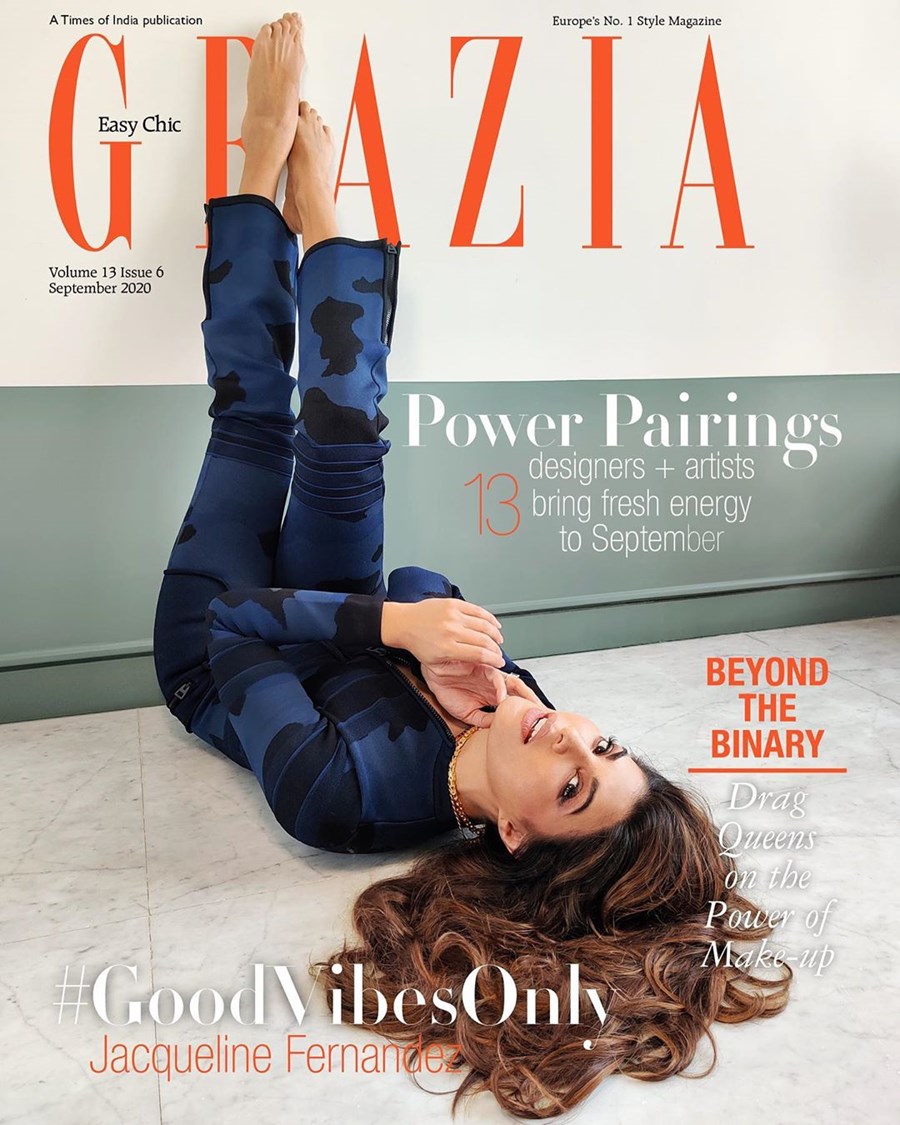 Sri-Lankan beauty Jacqueline is looking gorgeous on the cover page, flaunting her perfect sculpted body in an up-side down pose. She is sporting blue designer outfit, which is more like a jumper from Dior.

The official handle of Grazia India dropped the cover spread on social media, which Jacqueline reposted. The caption read, “#Repost @graziaindia…An eternal optimist, Jacqueline Fernandez’s sunny spirit is infectious, even if it is via a phone call! The talented actor talks about how she’s navigating this period of uncertainty as she maps out her own silver linings playbook”

Meanwhile on the work front, Jacqueline was last seen in Mrs. Serial Killer, a Netlfix original film. Next she will be seen in Attack, an action drama also starring John Abraham and Rakul Preet Singh.

It is written-directed by Lakshya Raj Anand and produced by Dheeraj Wadhawan, Ajay Kapoor and John Abraham. The story of the film about hostage crisis is inspired by true events.