​Kartik Aaryan collaborates with Amitabh Bachchan, ticks him off the ‘bucket list’ 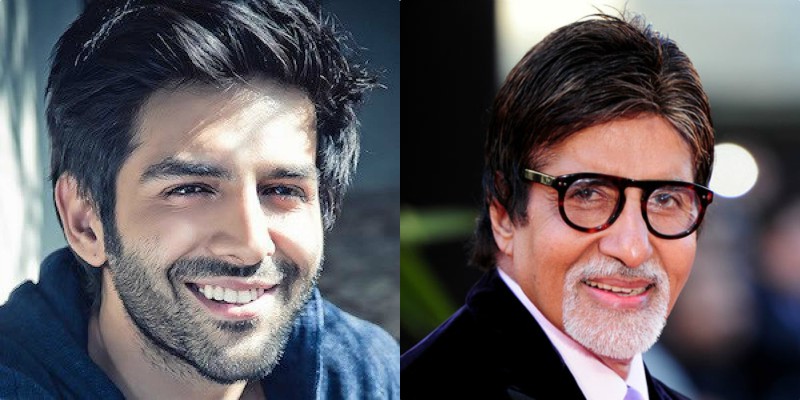 Karthik announced the exciting news with on Instagram. He posted a picture on Saturday from the sets with Big B and wrote, “Bucket list… Amitabh Bachchan sir,”

The collaboration is reportedly for an advertisement, the actors were spotted by paparazzi shooting for the project a day ago in Mumbai. The advertisement is also said to feature an Amitabh Bachchan duplicate.

Later, Kartik also reposted a picture from the sets of the shoot. He is gearing up for the release of Imtiaz Ali directorial with Sara Ali Khan and the Pati Patni Aur Woh remake with Bhumi Pednekar and Ananya Pandey.

Kartik Aaryan will also be seen in sharing screen space with Kiara Advani in Bhool Bhulaiyaa 2. The film is the sequel to the 2007 film Bhool Bhulaiyaa starring Akshay Kumar, Vidya Balan, and Shiney Ahuja. Filming of the sequel, directed by Anees Bazmee, will begin in October and it will hit screens in July next year.

Kartik Aaryan recently took to social media to release the first look of the film. Clad in a saffron kurta-pajama with a Trishul in his hand, Kartik is seen with his back facing the camera in one of the posters. Kartik wrote, “Ghostbuster is all set to enter Hare Ram Hare Ram Hare Krishna Hare Ram #Bhoolbhulaiyaa2.”

The Grand Launch of an Extravagant Restobar ENGLISH TAVERN!

Anushka Sharma In Fortune India’s List Of Most Powerful Women