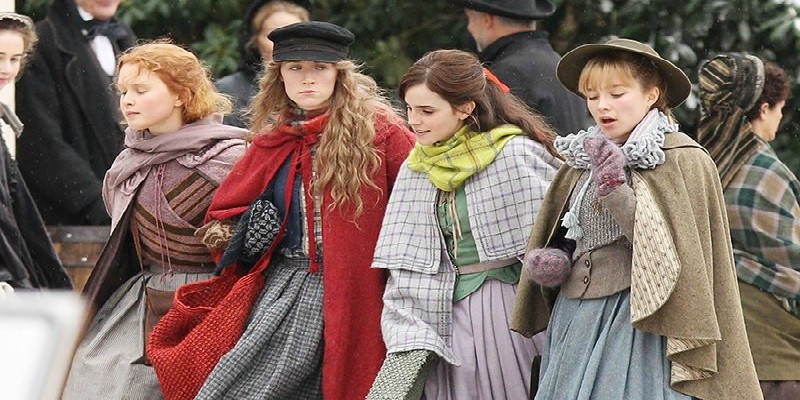 The first official trailer of “Little Women” is out. This coming-of-age period drama film is written and directed by Greta Gerwig.

Little Women explores the lives of the March sisters in 1860s New England, in the aftermath of the American Civil War. The new adaptation focuses more on the sisters’ young adult lives, particularly after Meg, Jo, and Amy leave their family home. The film jumps back and forth in time and focuses more on themes rather than narrative.

Ronan, 25, plays the second-eldest of the March sisters, Jo, who in the trailer revisits experiences with her family for a book she hopes to get published. Watson, 29, is the eldest of the March sisters and aspiring actress Meg, while Scanlen, 20, and Pugh, 23, play younger sisters Beth and Amy. Chalamet, 23, plays Jo’s love interest Laurie. Dern, 52, is their caring mother, Marnee, and Streep, 70, is their sharp-tongued and old-fashioned Aunt March.

This is Ronan and Chalamet’s second film together with Gerwig after starring in her 2017 hit Lady Bird, which garnered five Oscar nominations including best actress for Ronan.

It is scheduled to be theatrically released in the United States on December 25, 2019 by Sony Pictures Releasing.