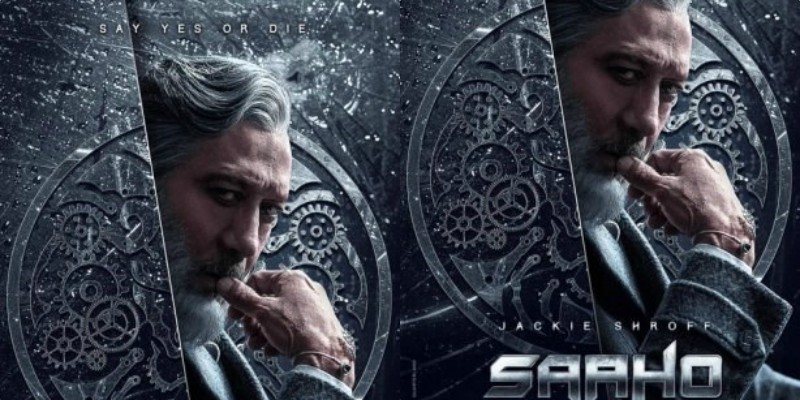 One of the most stylish and dapper actor Jackie Shroff is all set to give Prabhas, run for his money in forthcoming Saaho. The makers are out with stunning new poster of senior actor playing the antagonist in the film.

The official handle of UV Creations dropped the first look poster on Jackie Shroff as Roy from the film on social media.

Saaho is an upcoming action thriller film written and directed by Sujeeth, produced by UV Creations and T-Series. The film stars Prabhas and Shraddha Kapoor in the lead role and has been shot simultaneously in Hindi, Tamil, and Telugu. The film marks Prabhas’ debut in Hindi and Shraddha Kapoor’s debut in South Indian cinema.

The teaser of the film has more than 80 million views on YouTube from all languages, which is the second-highest for any Indian film teaser behind 2.0, which had over 105 million views.

The film also stars Jackie Shroff, Neil Nitin Mukesh, Chunky Pandey in pivotal roles. The trailer of the film will be out on 10th August.