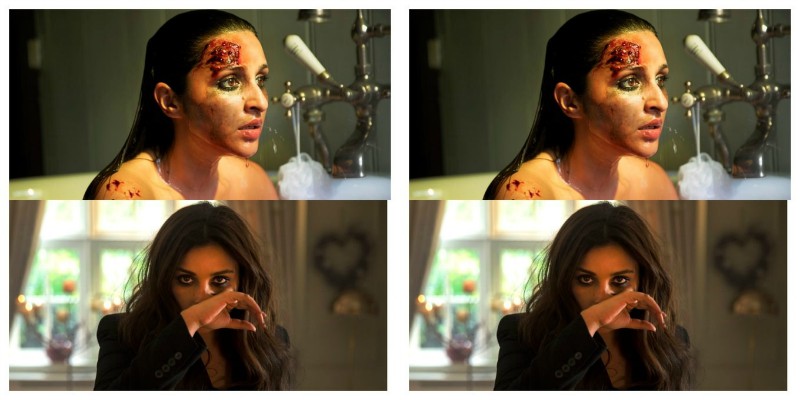 Actress Parineeti Chopra’s first look from the Hindi remake of “The Girl On The Train” is out and it is intense. The film is not titled yet, but it has kick-started its shoot in London.

Parineeti Chopra just took to her social media profile and dropped the first look from the film. She captioned it, “Something I’ve never done before. And the most difficult character I have ever played in my life. #FirstLook #TheGirlOnTheTrain @reliance.entertainment @sarkarshibasish @amblin”

The Girl on the Train is a 2016 mystery thriller drama film, based on British author Paula Hawkins’ popular 2015 debut novel of the same name.

The film follows an alcoholic divorcée named Rachel who becomes involved in a missing person’s investigation. The American film is being adapted in Hindi now, with Parineeti Chopra stepping in to play the role portrayed by Emily Blunt in the original.

Apart from Girl On The Train, actress Parineeti Chopra also got “Sandeep Aur Pinky Faraar and Bhuj: The Pride of India in her kitty.