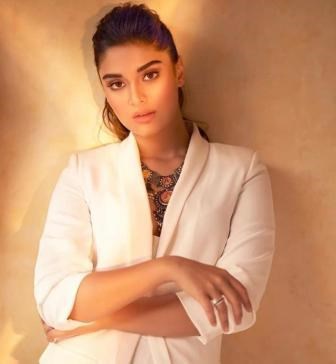 After a power-packed debut with Salman Khan’s Dabangg last December, actress Saiee Manjrekar is all set to star in her next film which is based on the horrors of 26/11.

The film is titled Major and is based on Major Sandeep Unnikrishnan. The film is a Hindi-Telugu bilingual drama directed by Sashi Kiran Tikka.

The actress Saiee took to her social media profile and dropped the deeds on the project. She shared, “Honoured, humbled and excited to be a part of the braveheart, Major Sandeep Unnikrishnan’s biopic. It’s a film based on the NSG Commando, who fought with utmost bravery in the 26/11 Mumbai attacks. Can’t wait to join the cast and start shooting next month! #MajorTheFilm @adivisesh @sobhitad @sonypicsprodns @gmbents @urstrulyMahesh @aplussmovies @sashikirantikka”

The project is being produced by Sony Pictures Films India in association with Telugu superstar Mahesh Babu’s GMB Entertainment and A+S Movies.

In 2009, Major Unnikrishnan was posthumously awarded the Ashoka Chakra by the then President, Pratibha Patil.