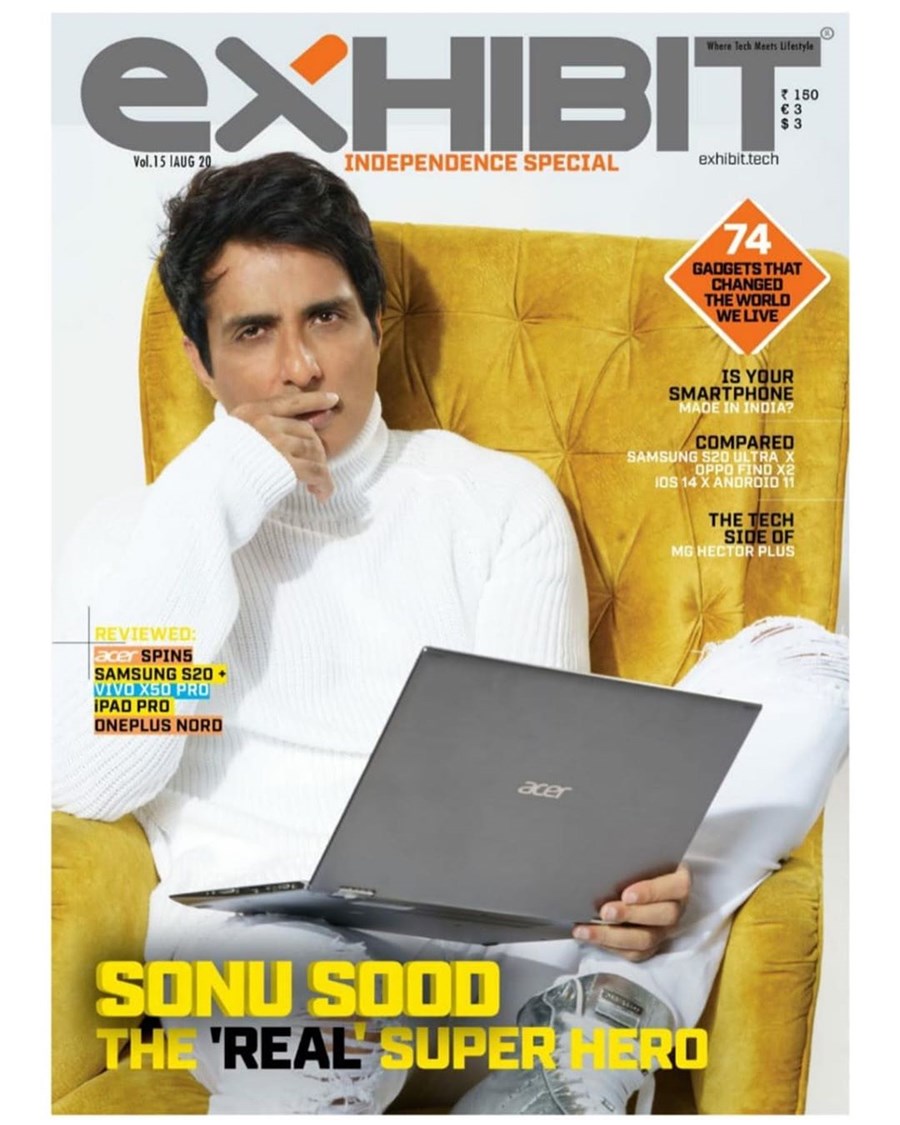 Actor Sonu Sood who has carved his niche in Bollywood, modelled for Exhibit Magazine for August edition. The actor took to his social media profile and posted a few photos of the magazine.

The cover photo of the magazine titled ‘Sonu Sood- The Real Super Hero’ – which is apt for the actor who made headlines for his selfless act of kindness during Covid-19 lockdown. The actor arranged for food, transportation, shelter and medical kit for frontline workers, migrant workers and students.

In shared pictures, Sonu is seen sporting avatars, from sporting a black jogger suit to the green patched jacket and from casual wear to the turtle neck white T-shirt. In all the pictures he looked quite dapper and stylish.

Apart from this, Sonu Sood has become the most talked celebrity of B-town. Many celebrities have cherished his work for sending stranded migrants to their homes amid lockdown.

Meanwhile on the work front, Sonu Sood will next be seen in Prithviraj, which is an upcoming historical action drama film directed by Chandraprakash Dwivedi and produced by Aditya Chopra under his production house Yash Raj Films.

It is about the life of the Chahamana king Prithviraj Chauhan and stars Akshay Kumar in the lead role of Chauhan, while Manushi Chhillar (in her film debut) plays his wife Samyukta.

The film is scheduled to release in theatres in India on the occasion of Diwali in 2020.