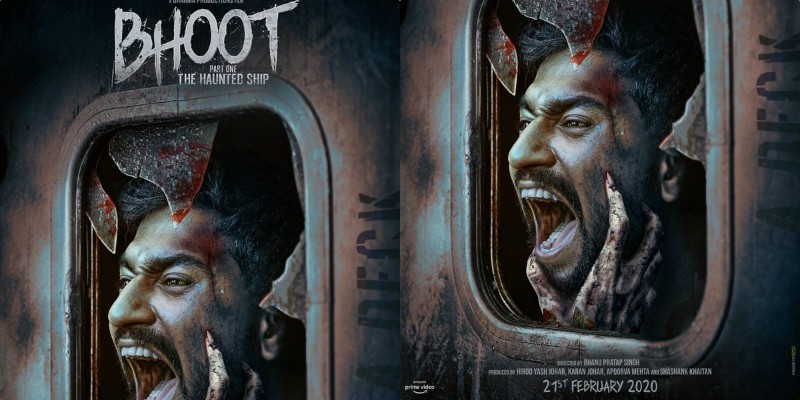 With Ayushmann Khurrana starrer Bala shifting its release, there is a change in release date of Vicky Kaushal starring horror thriller Bhoot. The film was earlier slated for 15th November release and now it will hit the marquee on February 21, 2020.

The film which is directed by Bhanu Pratap Singh is produced by Karan Johar, Hiroo Yash Johar, Apoorva Mehta, and Shashank Khaitan.

Sharing the details about new release date, Dharma productions head honcho Karan Johar tweeted, “The tides have changed!!! Even FEAR needs precision! And for that we need the time to scare you sufficiently and efficiently! #BHOOT has a new date!! The 21st of FEBRUARY 2020! SEA you then and try and help @vickykaushal09 escape this haunted ship! And some further news”

Earlier this week, Vicky also launched the second poster in which he was seen trapped underwater in what appears to be a sinking ship with a ghost holding the actor tightly.

He will also star in ‘Sardar Udham Singh’, a biopic based on the legendary freedom fighter.